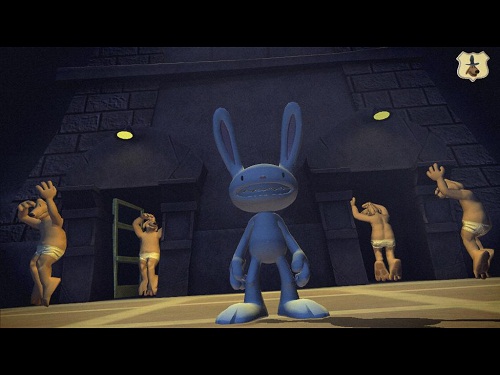 Telltale Games return to the fray with episode 4 of Sam and Max: The Devil’s Playhouse which concludes in August, fans of the series will not be disappointed with this month’s episode that is full of character developments, as well as various twists and turns, so get ready for the penultimate ride in Sam and Max: Beyond the Alley of the Dolls!

Those of you that finished the last episode; They Stole Max’s Brain will have noticed the hordes of Sam clones, or Samulacra as Sam likes to affectionately call them at every opportunity; a great pun on the term Simulacra, or; Doppelganger! Well these Sam clones are running amuck down the straight and narrow, and it’s up to our daring duo to find out who is behind the clones, and put a stop to it.

It was good to see that they have stuck to keeping the strong favourites of the psychic toys in this newest episode, which sees the return of Rhinoplasty, Future Vision, and Teleportation, and not to mention two new toys to work your psychic mojo with. Best of all are the brand new Mind Reading Cards; which practically do what they say on the tin. The cards play a fairly important role in the episode and are fairly neat, bringing up some great comedy moments when reading people’s minds, particularly girl Stinky’s insistence to constantly make up nicknames for our delightful duo in her thoughts. Another new power that hasn't as much comical effect is the Chthonic Destroyer, an ancient weapon that the mole people used to smite the elder beings, and is essential in Sam and Max’s attempt to bring everything back to normal, in a world where giant anthropomorphic animals walk around. 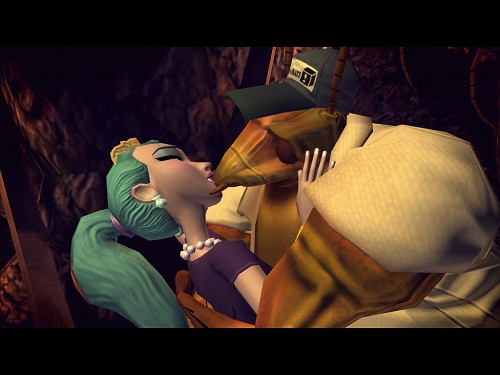 A lot takes place in this episode in forwarding some of our regular characters, Momma Bosco makes a reappearance, as does Buster Blaster; having returned from his Las Vegas trip with Bosco, who has not come back. We are finally shown the true identity of Dr Norrington, as well as a horrible secret that Paperwaite has been hiding. Flint Paper makes a small cameo that sees the short lived return of the amazing interrogation conversations that we saw in the last episode, but also ends his contract with Stinky. We also find out the big secret that girl Stinky has been hiding this whole time, as well as the identity of ‘The Master’ that has been orchestrating the season's story arc, the reveal itself is slightly strange, and was definitely not the character you would think it is.

The episode did truly feel as though it was lacking, simply because there was no act structure to it, there were no sectioned parts to the story, it felt like there was no beginning middle and end, so you never really knew how far you were, the structured nature that Sam and Max took up work extremely well at informing the player, and usually you would know when you hit a certain act. This is beside the fact that the episode itself did seem very short in relation to previous episodes, and because you were not getting to grips with any strikingly new innovative forms on the adventure game the episode was definitely dragged down somewhat. 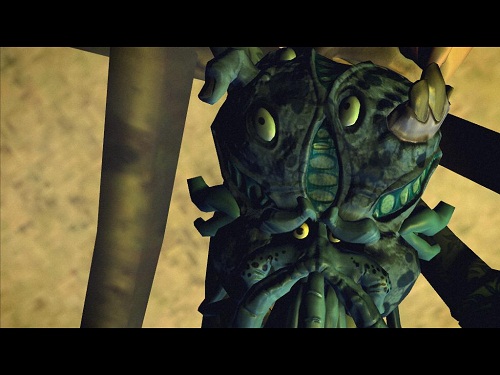 Overall Beyond the Alley of the Dolls was a fairly average episode of Sam and Max, it had a few high points, however there wasn’t anything in particular that stood out, except perhaps the end, which spells a very memorable end for the penultimate episode of Sam and Max, find out Max’s fate when they return in August and the season concludes in The City that Dares not Sleep.

Sam and Max: Beyond the Alley of the Dolls is available now for Windows, Playstation 3, Mac, iPad, and iPhone, if you haven't already purchased the third season of Sam and Max you can do so via the Telltale website where they are currently running an offer where you can get all three seasons for $49.95.