It happens during every season of Sam and Max, and yet I am still surprised when each episode surpasses its predecessor, Sam and Max The Devil's Playhouse: The Tomb of Sammun Mak was a hard act to follow; with the inventive use of projector reels to tell a fractured story, we believed that Sam and Max would never again encounter such greatness. 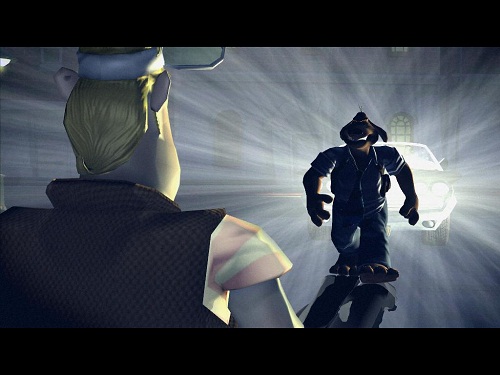 However Telltale Games have proved us wrong with the third episode of the season in; They Stole Max's Brain. From the very first Act if was without a doubt taking the duo down avenues not yet explored. We see Sam as we've never seen him before, gone is his jacket, his hat, and his kind demeanour, in great stereotypical noir fashion he dons a 5 o'clock shadow and with a snarling growl, will not rest until he finds the person that stole Max's brain.

Rather than tackle the dilemma in a typical Sam and Max method, we are given a interrogation feature, with suspects to interrogate, each leading smoothly to the next until you start finding out the truth from the pack of liars. The best part of this act is undoubtedly the way that noir has been parodied as only Television and Film have done in the past; complete with broody inner monologues, despondent music and flashing neon signs, you'll never again hear lines such as ‘the name rang fewer bells than a sleigh in July’ some fans of the series may not be happy to see the whole of the first act being taken completely via word puzzles, but for a fan of noir, and the cheesy stereotypes that branch from it, the first act was a drop from heaven, and has yet again set a benchmark for things to come in the Sam and Max games.

The second act is a little closer to what we would usually expect from an outing with the Freelance Police. Once Sam reunites Max's body with a Pharaoh's brain, we see the much anticipated return of the original three psychic powers of the first episode; you are given the use of Rhinoplasty, Future Vision, and Teleportation. However Teleportation is returning as more of an aid to the player rather than the puzzle element it was in the first episode. From previous knowledge of the psychic powers the episode does come off as quite easy, however this may also be because all the puzzles are inferred very well; a great sign of an adventure game, still it would have been nice for a mix of the psychic powers seen already as opposed to giving us a combination that we’ve already used. 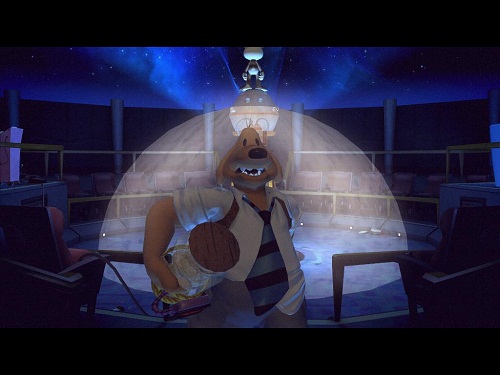 The third act takes place in a hilarious alternative reality of sorts, and relies heavily on Rhinoplasty, and your average tricks with Futurevision, as well as a few action sequences which work very well complemented by the two previous acts. It also sees the return of the mysterious Dr Norrington, whose calling card was left in the previous episode, makes a return as a shadowy very enigmatic character for now that helps Max to lift the veil over everybody’s eyes, hopefully his character will be explained soon.

They Stole Max’s Brain marks the return of Frankie the Rat, who we’ve not seen for a while, as well as a fantastic new character, who looks like he’s straight out the Sam and Max comics; Sal, the giant Cockroach, a sort of body-building, security guard, hard-man cockroach, his use in Act 2 is stupendous, and here’s hoping he’ll be seen again. One question to you all, it will be interesting to see if anyone has actually noticed before now…. Where’s the commissioner gone?

With the noir styling’s of the first act, the great puzzle of the guided tour of the second act, and the crazy alternative reality of the third act, They Stole Max's Brain had the typical styling’s of a great episode of Sam and Max, that will remain just as memorable as the great Reality 2.0, it's just a shame that Sam's interrogations did not go on for longer! 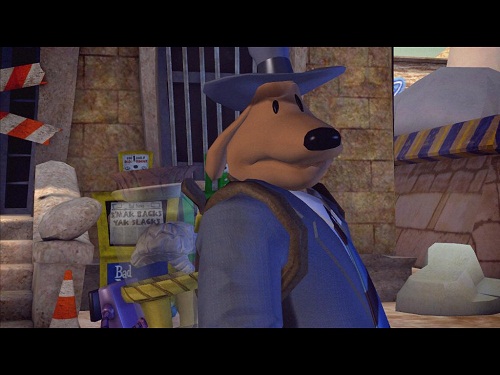 Sam and Max will return next month in episode 4: Beyond the Alley of the Dolls. For now, if you haven’t bought the season already, what are you waiting for?! You can purchase the full season now, for Windows, PS3, Mac and iPad and play up until episode 3 and join us as we anticipate the next episode coming July 2010.

For those of you reading in North America that have not tried Sam and Max season 3 yet, there is a limited special on the PSN, and you can purchase the whole season for $24.99! This offer expires June 29th so buy it while you still have the chance.