Our favourite Lagomorph and Doggy team are back with a new series. Sam and Max: The Devil's Playhouse will premiere with The Penal Zone on April 15th, as usual it is coming to PC, but on console, it has been confirmed as being released exclusively for the Playstation 3. 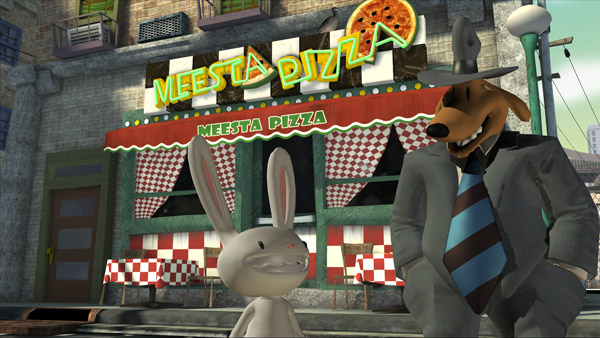 As usual, the circumstances surrounding the new series is just as bizarre as ever; Max has been bestowed with powerful psychic abilities that he will need to use against what should be The Freelance Police's strangest foe yet! A teaser for the series can be viewed at the bottom of this page, and unless Telltale's team have been switched with some intergalatic cockroaches, you know that this will be a great addition to the Sam and Max Universe.

You can pre-order the new series on the PC from today for $34.95, and this includes all five episodes when they are released, as well as a free episode from Telltale's back catalogue, alongside an exclusive membership for the Freelance Police "Elite Forces", that gains you access to a private forums that will host scheduled chats with Steve Purcell and the team, as well as special deals at the Telltale Store. Pre-orders for PS3 users are expected to begin March 18th on the PSN.

I know I've pre-ordered my copy already, so when will you?