The Initiation Station will be available for free on the Xbox 360, Playstation 3 and Windows in advance of the game which will be released in time for the holidays this year. 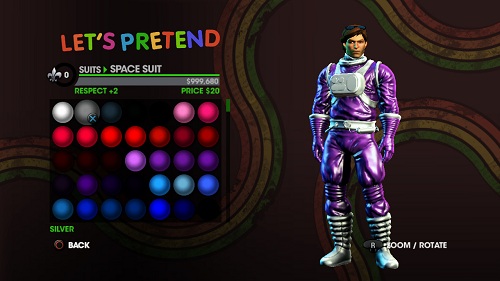 The character customisation has always been high in the Saints Row series, and this 'station' looks to make it even better, so whether you want to make a space man, ninja, cowboy or pirate the sky is literally the limit! Hopefully slightly more normal clothes will be available also.

Those who pre-order Volition's upcoming Red Faction: Armageddon from GAME will get an exclusive early access code to the Saints Row Initiation Station, prior to the release of the game.