When I originally heard Rune Factory was coming to the Nintendo Wii, I was ecstatic; I'd had lots of fun with the Nintendo DS version so I couldn't wait to get my hands on it. Like previous Rune Factory titles it has been published by Rising Star Games and developed by the amazing Neverland Co. who created one of my most treasured games; Lufia II (which I much preferred to the original). The Rune Factory series follows a similar path of gameplay to Harvest Moon, as well as the farming and befriending of ladies, Rune Factory also includes magic, fighting and monsters.

Upon loading up the game you are graced with a fully animated 2D cutscene, displaying all the characters in the game, and giving you a taste of what you will also experience through-out the game. One feature that is included is a memories option on the main menu that allows you to re-watch any cutscene you have already experienced, along with any still images as well.

One of the first things I noticed when playing through the game was that there are no forced tutorials at all, you have the ability to read some in-game books that can tell you basic skills in the game, but there's nothing in your face to explain the ins and outs of the controls. The game does have a beautiful full colour instruction book, and unfortunately most players won't even give it a glance, without these instructions on how to play if you were to just pick it up and play it you may find it slightly confusing.

A nice addition to the controls is you have the choice to use the motion controller in the remote or just press buttons. Some exclusive Wii controls, let you shake the nunchuk to make Raguna knock on the door, also if you press the 1 button on the remote Raguna looks up at the sky and you get an amazing image of the sky from a first person perspective. All of which add to the overall experience, while trying to integrate the motion controller. 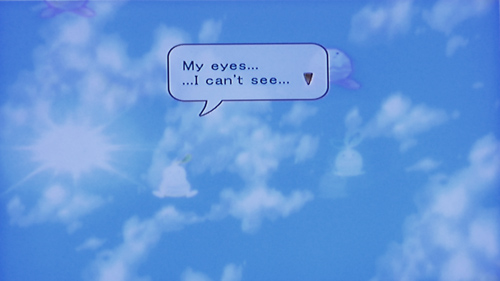 The 3D gameplay environment compliments the 2D art style well, keeping a consistent style throughout the game, that is both beautiful and high quality for a Nintendo Wii title, nobody expects high end HD visuals for a Wii title, mainly because it's not possible, but what you do get in Rune Factory is very impressive, the music also compliments the game with a beautifully serene looping soundtrack, all helping to make the game an enjoyable experience to play.

For fans of the series or Harvest Moon you will find it all quite similar to previous titles, you get a farm which has an overgrown piece of land (for planting veggies) as well as a shipping container, lumber shed and of course your house. Then there are various places around your house, such as a town, a church, caves, a beach and many more. It also still includes the 5am rule, so if you're busy battling monsters, constantly levelling up and refilling your Rune Points (RP) bar which is used when performing actions like using your hoe or attacking with a sword. Time can pass quickly and before you know it, it's almost 5 in the morning, and you are automatically transported to bed and will usually wake up with a cold a few hours later.

The non-playing characters were introduced into the game gradually, most of which through chores given to you from other characters, working like a chain from one person to the next, until you've met almost everyone in the village. However some characters don't get introduced so it is recommended to explore as much as possible so you can meet everyone around.

The only real flaw that I've found in the game is due to the transition to 3D, farming is now rather more difficult. If you wanted to water some land with your watering can you must highlight the square in question, however this can get quite fiddly when rotating left or right while trying to select the correct square, which then lead to mistaken wastage of RP or even the destruction of crops.

Just like all previously Rune Factory titles (and Neverland Co.'s games) I thoroughly enjoyed playing Rune Factory Frontier, you can waste hours and hours without realising that time has passed, and with the fighting element, the game becomes even more addictive.

I recommend it to all, it's a beautifully idyllic game that pulls you in, the only downside is the hours that you have to dedicate to the game (good for some, but not for those with limited time in which they can play games).