It's the year 1008 in the great city of Thorwall, on the brink of Ork invasion, legend tells of the great Grimring sword known to some as the Ork Splitter, the sword was the creation of the hero Hetman Hyggelik who wielded it against the dirty hoard before his demise in the hills of Orkland where no human has ever returned. Does your band of adventurers stand a chance to seek out the legendary sword and fend off the Orks before they grow in too great a number and take out Thorwall? Well there's only one way to find out.

Realms of Arkania: Blade of Destiny is based in the incredibly popular universe of the German pen-and-paper roleplaying game The Dark Eye, and is a remake of the 1992 game of the same name by the developers at Attic Entertainment Software. Up until a few years ago The Dark Eye had not seen a game based in its universe for almost a decade, however a recent surge has seen a few games released and another three in the very near future, so if you get caught up in the world as much as we are, then you're in for a treat. 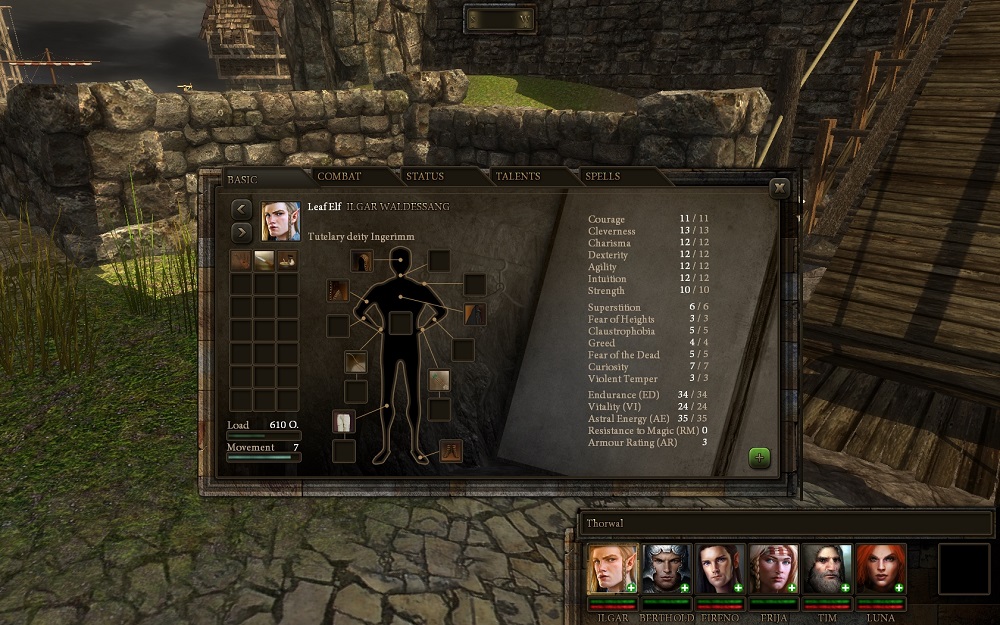 Based on a pen and paper roleplaying game, Realms of Arkania: Blade of Destiny does not stray too far from its source, for instance, character creation takes just as long as it would creating your own hero; basic characteristics are rolled for and numbers assigned by the chance of the dice, as well as the all important negative attributes that are pretty unique to The Dark Eye, these are decided before assigning your given points for talents and spells. It's fantastic to see a game so invested in your characters traits and not just their looks, which leaves a little to be desired, but is more than your standard portrait that most old school RPG's would allow. In fact the only important aspect missing is the ability to write up each character's back story that is a real necessity for true roleplaying authenticity, you'll just have to keep all of the knowledge in your head. It's difficult to fault such an intricate take on a traditional character creator, however if you aren't familiar with the lore, it's tough to decipher what talents do what.

To make matters even more authentic, the game is voiced by a narrator who'll provide all of the description and information that you require, unfortunately, unlike a proper GM, our narrator isn't the most enthusiastic, you won't find him putting on wild voices for different characters nor does he perform the female voices, which in all is somewhat disappointing when you consider some of the humorous replies you can provide your party with, or indeed the unique and charming characters you will stumble across. If only they'd have acquired the brilliant narrator of King Arthur II The Roleplaying Wargame who would regale tales all day if I had it my way!

If you're coming to Realms of Arkania: Blade of Destiny with the hope to relive many an hour lost in the beloved original, you'll most certainly find them, however the game is practically a straight up remake, you'll still be marching across the map, and most interaction will be described to you rather than shown, and as much as it pains me to say it, it makes the game feel quite outdated, I want to experience the stormy paths between each of the northern towns, and I'd really like to see wandering Chandlers and Musicians that I encounter, I think what is bothering me is that I really want to see the whole of Aventuria for what it really is, and find out how it compares to the world drawn in my imagination. 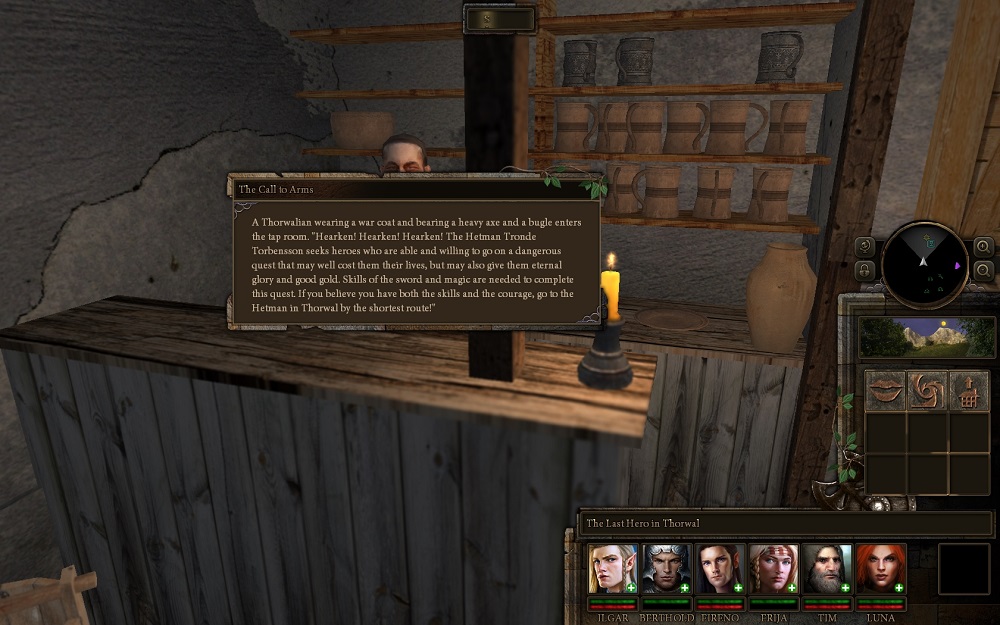 Realms of Arkania: Blade of Destiny is the type of RPG for those looking for substance over style, basically the graphics are not going to bowl you over, and in all fairness it looks as though it belongs in your PC catalogue ten years ago, but traditional roleplaying games are not about pretty pictures, they're about the boundaries of your imagination, and the fantastic voyage that your characters will journey upon, that and good, solid writing, which in some areas, Blade of Destiny excels.

Now Realms of Arkania: Blade of Destiny did not get off to a smooth start, forums are littered with issues that make the game practically unplayable, however the developers at Crafty Studios are seeking to rectify all of these in regular patches, personally the game was very stable, and in fact the type of issues I encountered were general bugs with AI in battles, and slightly more frustrating is the occasional text string that doesn't appear to be set up properly. Suffice to say, the game is not without its bugs, but it has become far more stable compared to the time of its release a month or so ago.

If you're a fan of realism when it comes to RPG's and to be far, you should be, Realms of Arkania: Blade of Destiny includes all the old staples; if you march your characters from town to town without so much as a rest, you'll find their endurance waivers, make them set up camp without sleeping bags in the freezing cold and they'll get ill, and best of all, keep them going without food and water and they'll suffer which will lead to a drop in effectiveness in battle. If you really want to feel like you're a brave pack of adventurers on a grand quest, susceptible to the dangers of reality, then you're going to love Blade of Destiny. 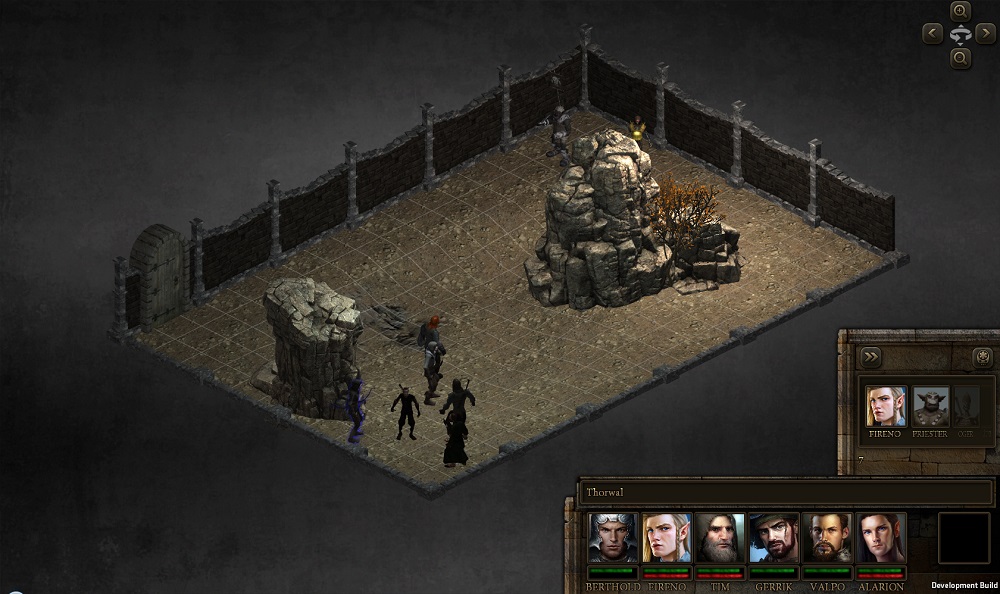 Short of walking around town, buttering up the establishments and marching across the land of Aventuria, the rest of the time in Blade of Destiny you'll find yourself slogging it out in the turn-based battle system, which we found left quite a bit to be desired, all of the necessities are present and in place, but much like the games narrator, there's just no fun, no excitement, battles felt somewhat forced, and take an age to resolve simply because everyone's attacks have the high possibility of failing and we aren't simply talking about your party.

Battles will crop up often whilst on the road, but you may also step foot into the odd Dungeon here-and-there, like those that serve as a temple to the great Nameless One, dungeons are not for the faint of heart, you'll need the use of light magic or torches to get around, and exploration inside of them will often find yourself in many a battle, but if you manage to survive them all, you'll have achieved far greater than I could!

Realms of Arkania: Blade of Destiny is the first remake in the proposed trilogy of the classic Realms of Arkania series, we only hope that the publishers have learnt from their mistakes, and we can hope to see the last two games after a little more development time has been allocated. 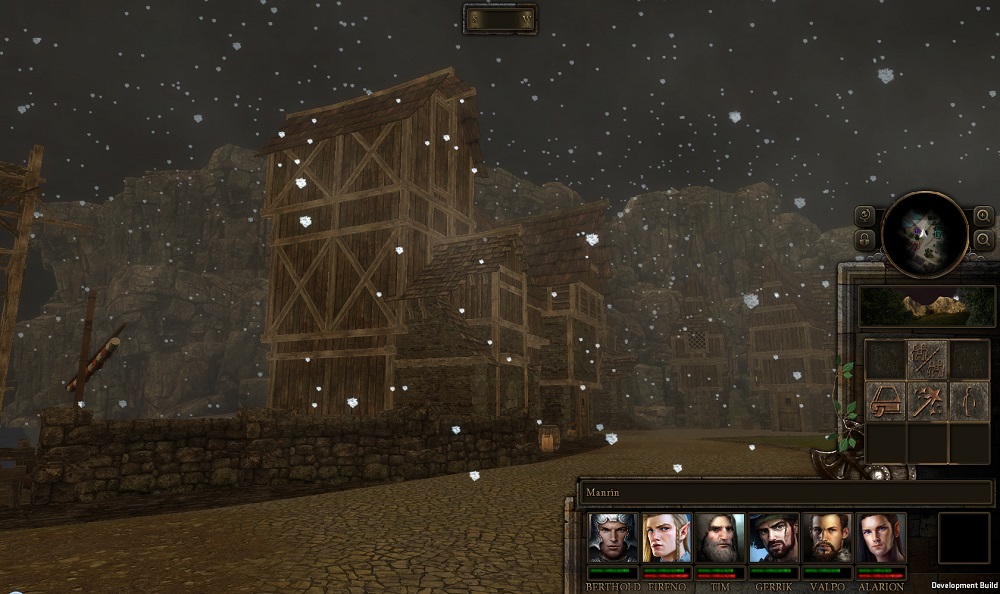 Realms of Arkania: Blade of Destiny still has a little way to before it's perfect, after adventuring in Aventuria for well over 10 hours, I sort of wish I would never leave, sure the graphics aren't up to today's standards, but the descriptions, characters and story are timeless, plus what other RPG will rely on you taking rests, snuggling up in sleeping bags, eating rations and having the supplies to forge a rope bridge!

Realms of Arkania: Blade of Destiny is out now for Windows PC for the SRP of £14.99.