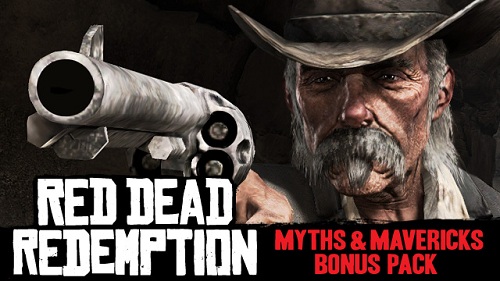 You may have thought John Marston dead in the ground, however there is one more DLC pack yet to be released for the hit game of 2010; Red Dead Redemption.

Completely free of charge, the Myths and Mavericks pack is a show of appreciation to the long-term supporters of the multiplayer aspect of Red Dead Redemption.

The pack will feature new fan-favourite multiplayer characters voted by popular demand, as well as new multiplayer locations for Deathmatch, Grab the Bag, Gang matches and other online modes. So here's hoping for the chance to play as Herbert Moon; possibly the most annoying and concurrent character in the game.

The pack is expected for a release of September for Xbox Live and Playstation Network. It is fantastic to see such a brilliant game live on, and it just goes to show that rallying your posse, going out for some hunting, and gunning down some bad guys is not old yet!

For those of you in the know of the online situation, Rockstar have also announced that the settings for the original Undead Overrun multiplayer will be returning before the DLC is released, addressing the concerns that fans had after the title update.