Quarrel is a brand new party game that’s just hit the Xbox Live Arcade; the aim of Quarrel is anagrams! That’s right, it’s a word game, and a fun one at that because it's a mix of Risk and Scrabble as you attempt to take over the map by having Quarrels with other players. Each group is given 8 letters that are an anagram of a word, and the idea is to get 8 soldiers into the Quarrel and make the anagram, if you can’t work out the whole the anagram then you need to make the highest scoring word that you can with a scrabble type lettering system. Best of all, as a word based game, rather than selecting your letters you can use the Xbox 360 Chatpad, how handy is that?!

The game has several modes including Quick Match and Challenges. Quick match is played on a selection of maps against a number of opponents, or if you’re in for the long haul there is Domination that is made up of 12 matches that increase in difficulty and include a varying number of opponents. Then you’ve got Showdown that pits you against individual AI opponents for word superiority against the clock for nine rounds! 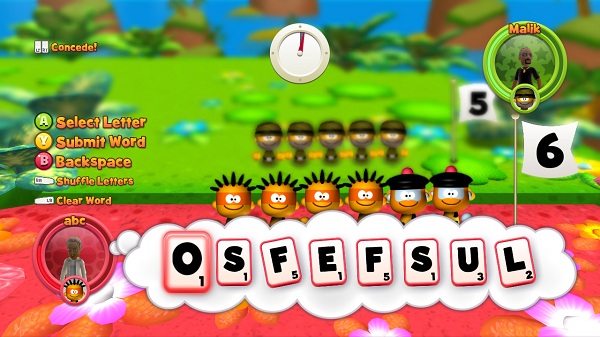 The game uses a very colourful and laid back approach, it's no surprise it was originally and iOS title. Each Quarrel (26 points!) takes place on a map that is divided between the players with territory colour-coordinated. Players select a territory, and then choose whether to Quarrel or reinforce. Choosing to Quarrel allows the player to try and take a territory and reinforcing lets them move people between two territories.

At first the game seems very simple it was only after a few matches I realised I that making shorter words for more points was far more effective. It’s not all about how many letters you use, but which ones you use, it follows a similar method to scrabble scoring, and every letter has a numerical value, and so unlike Countdown, you are not making the longest word possible, but the highest points scoring word. 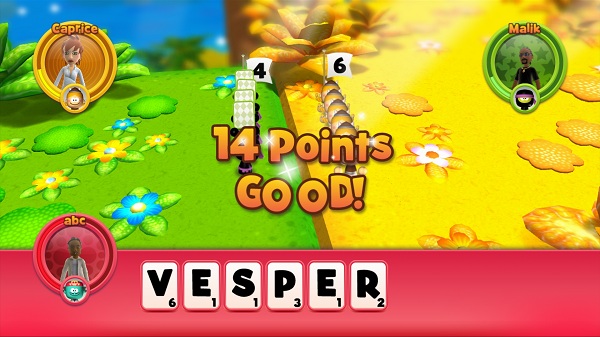 Quarrel also works on a strategic level, and players will need to consider how well their territories are protected, leave too few to protect your territories and your opponents will take them before you can say QUIZZIFY. Unfortunately there are points where the odds get too overwhelming and you will just be left watching your territories being taken one after the other.

Quarrel is also one of the very few games to support Xbox Live Avatars! So you can beat your opponents to the ground with your vocabulary skills whilst looking like the little girl that you are! Unfortunately you won’t be able to rub it in their face as you sit next to them gloating; surprisingly Quarrel does not support local multiplayer which is a bit of a killer for such a group orientated game. It does however support up to 4 player online letting you wipe the floor with your friends on pretty much all of the game modes available in singleplayer. 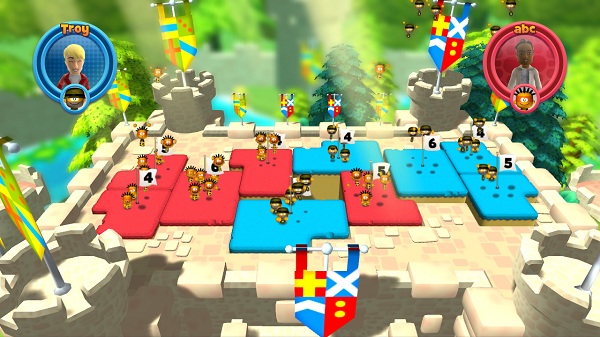 Quarrel is a very enjoyable game, and it uses a wide variety of words however some may not be suitable for children (some of the anagrams are rude), however it is mountains of fun and will help build a good vocabulary and infuriate you when you realise that the full anagram was staring you in the face.

Quarrel is available now from the Xbox Live Arcade for the dead cheap price of 400 Microsoft Points, whilst it doesn’t have local multiplayer, if you have friends get them to go home and play online with you, or just play by yourself!