When the Eraser Factory was re-opened after Agent Tether’s previous investigations in Scoggins he just couldn't drop the case, and the whispers of the Hidden People call him back to the town once more, so we return to the pseudo-adventure puzzle game; Puzzle Agent.

In Scoggins people go missing all the time, as a sleepy town in snowy Minnesota no one really notices except for one FBI Special Agent from the Puzzle Division; Nelson Tethers. If you did not play the first in the series, Puzzle Agent was part of the Telltale Pilot Programme, allowing game ideas to flourish into an episode that, after success can thrive into a fully fledged game, or series. 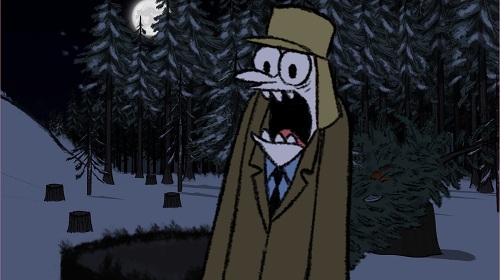 Created by Graham Annable, Puzzle Agent may look a little rough around the edges with its unique comic strip art style, however compared to the original, this time round the animations are a lot sharper, and general performance of the game seems far improved. In fact, the only issue that doesn’t appear to have been addressed in this continuation of the series, is the ability to skip text appearing without skipping the text altogether, adventure gaming aficionados, you know what I mean.

You’ll see some familiar faces in Scoggins; Valda is still in charge at the inn, and Sheriff Bahg is still conspiring to get in Tethers’ way. We’ll also meet some new characters, like the mysterious puzzle enthusiast Melkorka or Alfred the anthropologist who appears to be the only sane person in Scoggins. Thankfully there are not as many characters in Puzzle Agent 2, so you will not be inundated with irrelevant citizens that those with the adventure gamer mindset will question all.

Puzzle Agent’s ability to laugh at the government is all in good sport, and the concept of the department of Puzzle Agency is bested when we meet a new character that will help Agent Tethers out; Jim Ingraham from Vegetable Crimes, specifically Roots and Tubers. This is complimented once more by Tether’s performance grades and tax payers dollars completion screens on successfully or unsuccessful puzzles.

Blue Toad Murder Files has its quintessentially British allure, Professor Layton is dripping with charm which leaves Puzzle Agent a little far from the general public’s eye with its awkward Lynch-Coen-Kubrick-esque nature, and whilst the puzzles are quirkily enthralling, they alone cannot sell a game. 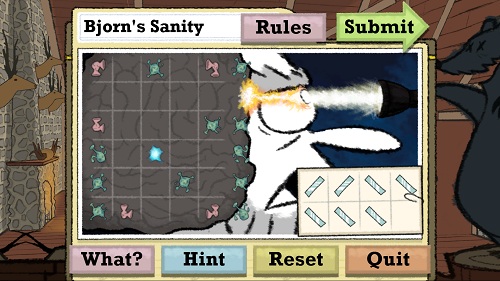 The puzzles are given to the player in a way that is contextual to the story; you won’t see any that do not pertain to the narrative, Agent Tethers will not suddenly regale a puzzle that he is reminded of when observing a lamp. Due to the nature of his return to Scoggins, and the discoveries that he makes, you’ll find that a lot of the puzzles are space-themed and pretty imaginative at that!

Unfortunately, much like the first Puzzle Agent, some of the puzzles are slightly repetitive, and you will come across many iterations of the clearing a path puzzle, and splitting energy from generators, however, hidden amongst the few repetitive puzzles are some proper gems that you’ll either figure out straight away, or realise how silly you were for not seeing the answer. There are even a few classics present, like crossing the river, and assigning rooms to rules; puzzles that fans of puzzle games will love to see and solve, no matter how many times they have seen them in games.

The brilliant hint system fuelled by chewing gum is back! After all, Tethers was only away from Scoggins for a short time, but they still do not allow gum, so it’s up to you to search the areas of Scoggins high and low for long-used gum stuck to walls, ceilings, furniture and more to help Nelson concentrate when puzzling. 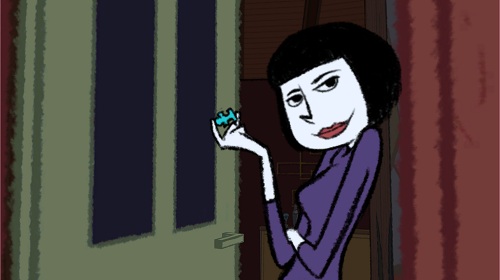 Just like Puzzle Agent, the newest game in the series will surprise you in the end; you’ll never know who is telling you the truth, and who is just plain insane in the town of Scoggins, without giving away too much, you can expect some awkward conversations, some surprises, and some eye-opening revelations.

The story in the first Puzzle Agent was a little fractured, and you were led to wonder exactly what you were doing most of the time, Puzzle Agent 2 is similarly abstract but is on a narrower path, and feels a lot shorter than the original for this. The mysterious astronaut from the original returns to haunt Tether’s dreams and with an awful lot of the residents of Scoggins missing there is little to distract you from your ‘mission’. With a lot of strange goings on, fans of the first game will love Puzzle Agent 2; however those new to the series may feel as though they are missing out on something.

If you like your adventure games quirky, awkward and full of puzzles then Puzzle Agent is perfect for you, whilst it may not feel as long as the original, it still has all the heart, random humour, and all the forest gnomes that you could want. Whilst the story tops the original, the puzzles just don’t seem to hit the mark as well. 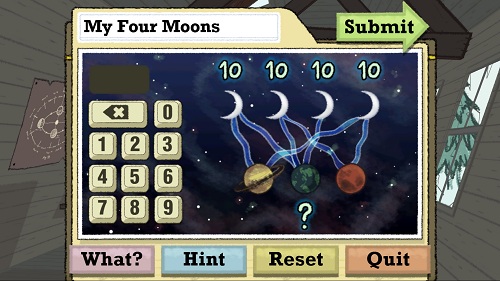 Agent Tethers returns in Puzzle Agent 2 with some devilishly good puzzles and quirky humour, it is available now for the SRP of $9.99 via Telltale Games, Steam and other direct to drive services.