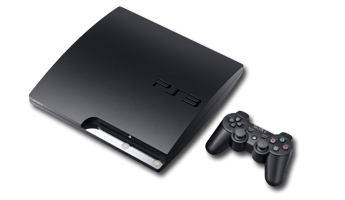 Playstation 3’s have had a price drop, making them almost as cheap for the average gamer. This drop in price is effective immediately for North America and Europe and will start August 18th in Japan.

The Slim 160GB model will now be available at the recommended retail price of £199 in the UK, with 320GB model’s dropped to £249. This price drop has been long awaited for the Playstation 3 that still stands as one of the cheapest BD and entertainment console combined, but has always been a bit pricey for those wanting to play the latest exclusive title.

With support still strong from software developers and publishers, even after the Playstation Network scandal back in April, and the worldwide cumulative number of BD software titles exceeds 2,495 titles and downloadable PS3 games available via the Playstation Store exceeding 3,100 titles, there's never been a better time to purchase a PS3.

So you’ve got a decent library of games and films on the Playstation 3, big whoop. But you've also got a selection of fantastic games coming to the system including the highly anticipated Uncharted 3: Drake’s Deception, Team Ico’s The Last Guardian and Resistance 3. It’s even tempting me to purchase a slim model to let some steam off of our chunky 60GB model so that it never ever dies!