Since 2006, Cyanide have released a title in the Pro Cycling Manager series; now on its 5th year, Cyanide have released new images for Pro Cycling Manager - Tour de France 2010, that spotlight the graphic evolution of the game,boasting higher resolution textures than ever before and a more diverse and luxuriant flora. Advanced visual effects have also been added to enhance the overall feel of the game, including motion blur to simulate the TV cameras used, as well as an heightened depth of field.

However, the improvements added to Pro Cycling Manager 2010 are not limited to graphics, many features have been implemented into the managerial side of the game, including a new Season mode, challenges, new historic records to beat, as well as a stage editor, allowing you to create your own stages with dramatic detail, which is going to be a great addition to the series that keeps growing with every game. Although it may not be everyone's cup-of-tea the game looks very impressive, and as it stands Pro Cycling Manager has proven to be the best cycling manager game of all time, and 2010 is definitely going to be a big year for Pro Cycling Manager which is released for Windows PC 18th June 2010, just in time for you to get ready for the Tour de France kick off in July. 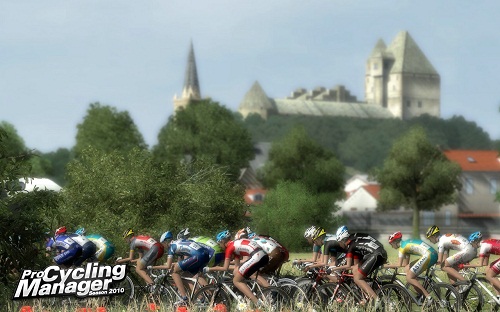