The best way to describe Prison Architect was summed up in the fascinating developer session at Rezzed that centred around the game, described as a loving cross between the lauded Bullfrog management games of yesteryear, and the intricate and intense simulation of Dwarf Fortress comes Introversion's simulation management game Prison Architect, and after playing it, we must concur!

In the hour developer session we learnt how Prison Architect rose from the burnt out candle that was Subversion, the game full of absolutely mesmerizing logic and the reality of a life simulator, but with absolutely no gameplay, it was canned when research into one level spiralled into the deep and addictive fun that comes with creating a prison, much like a hospital or a theme park. 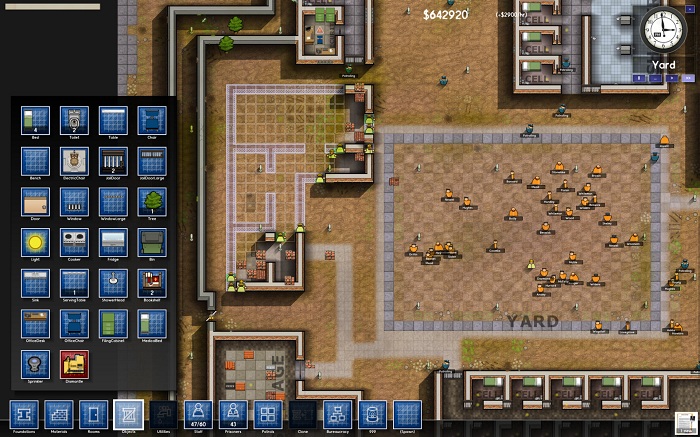 In fact, the easiest game to compare Prison Architect's base construction gameplay is with Theme Hospital; you must construct and place your rooms, fill them with vital and purely decorative objects, and then you simply watch as your room is used, the only difference is it's resident will do more than simply follow the path that is required of it.

However Prison Architect is not simply Theme Prison, and developer Chris Delay wants players to feel as though they are engineering a complex system, not simply a prison tycoon, he wants you to build and control a realistic and fully functioning prison where both the inmates and the prison guards carry out a number of multifaceted AI routines. 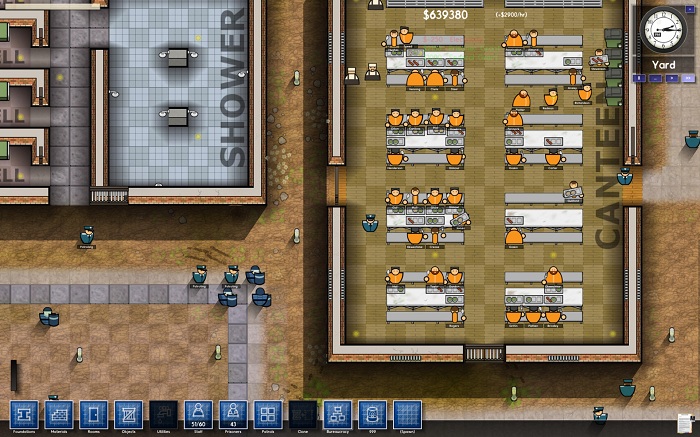 Your staff and prisoners are not simply travelling from position A to position B, they have an autonomous AI routine much like a Sim, with basic needs such as food, sleep and showering, and unnecessary needs like boredom, certain prisoners may hold grudges against others, and stage attacks on them, or begin riots, start fires, even phone home or take a spin in the gym, and that's just the prisoners!

Now Introversion's main employee is a programmer with an eye for the simplistic and minimalist which is clear from their previous games; Uplink, Darwinia and Defcon, however with Prison Architect they have taken a very different approach with a far more cartoony and cutesy art style, and to be fair it helps at getting you involved into the game, suddenly you gain emotional attachment with the strange little dumpy characters. 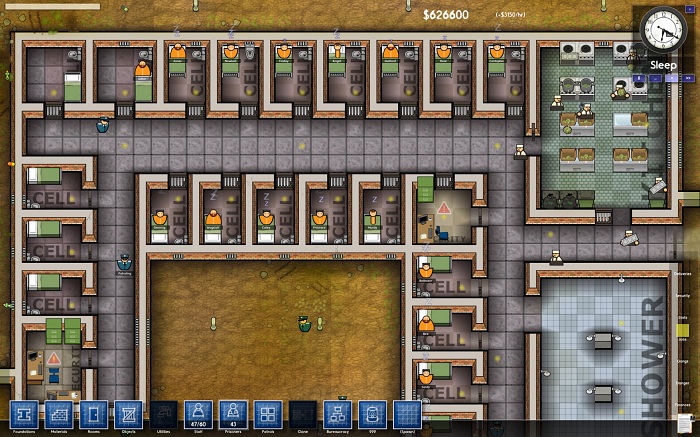 Prisons are a very touchy subject outside of the UK, and Introversion made it very clear that they will not be giving players a cold and removed prison to control where death sentences are an everyday occurrence, the game focuses heavily on the human interest stories that take place throughout a prison, this is what the story mode is built upon.

We were introduced into the game with one of the very first missions that tasked you to create an execution cell and room in a small prison that housed an inmate destined for the chair after a brutal murder of passion. It allowed us to see a bit into the utility side of running a prison and how to set up rooms and such, if only we had had more time to invest in the game, but it was so popular on the show floor! 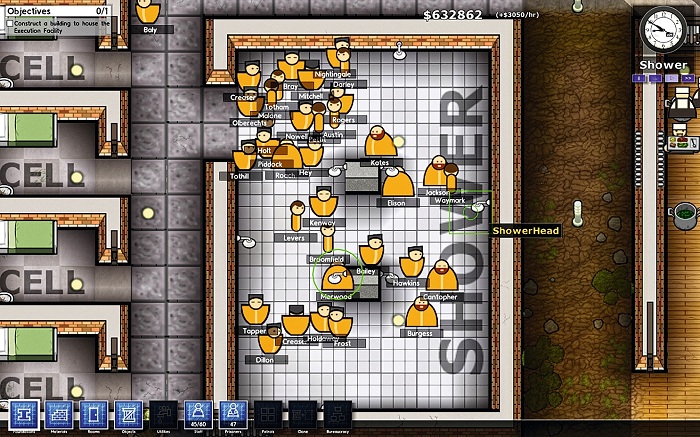 Now of course simulations and management games are infinitely better when they contain a sandbox mode, unfortunately we didn't get the chance to sample it at Rezzed, however it's potential will truly come alive in this mode for the player that loves to manage rather than follow a story, and it has us very excited considering the scope it could provide.

Following an article from PC GAMER, Introversion are planning on releasing the game as a paid alpha much like Minecraft; if you give them your money then you'll get immediate access to the game in its early stages, we can expect to see a little more information as it gets closer to the end of the year.