We were invited along to the Reading Gamerbase last Wednesday to give Prince of Persia: The Forgotten Sands a play before it is released this Friday on May 21st, the event was great, and with free pizza and soft drinks, the kind people at Ubisoft and Xbox360 achievements out-did themselves once again. 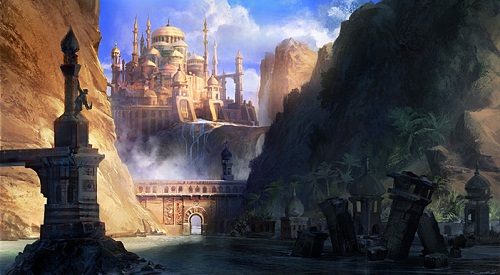 The first and most important thing that must be asked before you read this is; did you play the most recently released Prince of Persia on Xbox 360, Playstation 3 or Windows? If yes, forget everything you played, because The Forgotten Sands takes us back to the good-old Prince of Persia that reigned supreme on the Xbox and Playstation 2, in fact it’s almost like being transported back in time to when Prince of Persia: Sands of Time was released, except the production values are a million times better, and the action is far more fluid like Assassins Creed, we were absolutely delighted.

What perhaps was best about playing The Forgotten Sands is that everything flows perfectly, you are almost never clueless to where you are going next, your location is constantly inferred to you through the motion and fluidity that the Prince glides upon, and the only time that we were unsure of progression was during a tough puzzle that required a bit more common sense than we had at that time. 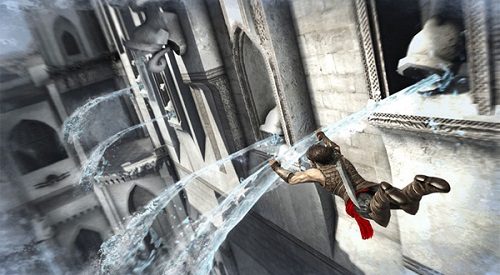 In fact, Prince of Persia: The Forgotten Sands was that good, I and Tim would have gladly stayed playing it all night, though unfortunately we only just managed to catch the last train home by leaving early. The Forgotten Sands definitely looks like it’s going to be one of the best Prince of Persia titles ever made, and to think it only comes out this Friday (May 21st) on Xbox 360, Playstation 3, Wii, PSP, DS and 11th June for Windows.