The final chapter in the Deponia series is almost with us, and fans that are eagerly awaiting the last game in the story; Goodbye Deponia are now able to pre-order the game from Steam for Windows PC and Mac.

Goodbye Deponia is the final installment in the insane adventure game series that focuses on the somewhat-loser Rufus who's stubborn ways have kept bringing him back to the junk planet Deponia, despite the fact that his sights are still set on bettering his status to citizen of the utopian city of Elysium, no matter how many times you knock this guy he just doesn't give up! 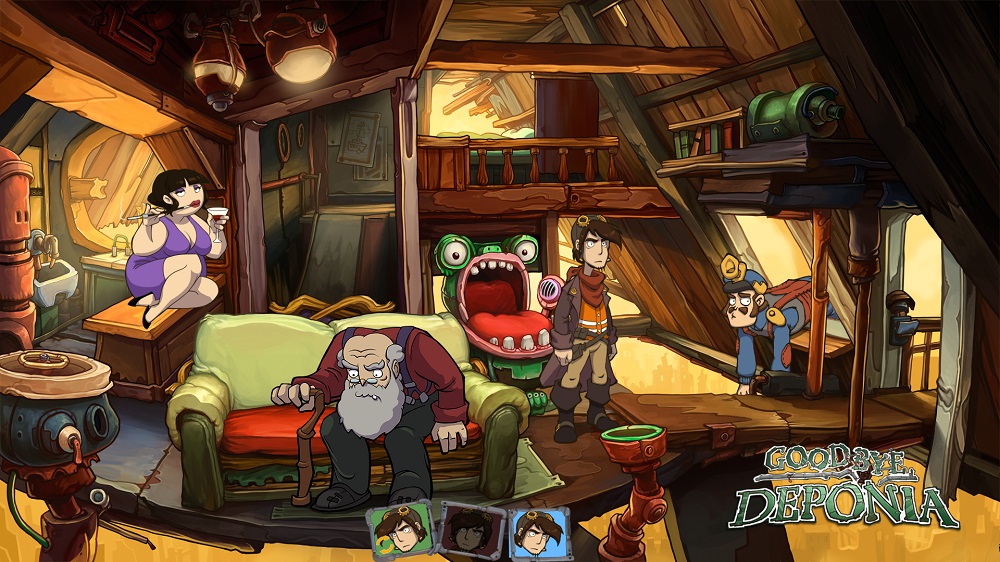 As well as the standard edition of the game, there's also a premium edition available for pre-order that will give players the original soundtrack, concept art, the 'Intro to the World of Deponia' PDF and extracts from Daedalic's animation workbook!

You can pre-order Goodbye Deponia now for the RRP of £16.99 or £19.99 for the Premium Edition, do so before it's release October 18th 2013 and you will receive the prequel Chaos on Deponia for free, with an additional 10% discount!