So it may not be the next Call of Duty, nor is it the newest Telltale Adventure Game, no matter who you are, what you play or what you are doing, you need to play Sissy's Magical Ponycorn Adventure. 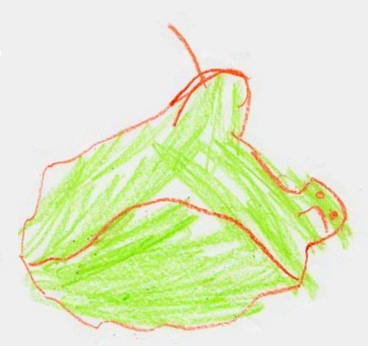 Gamercast love to report on some of the more obscure or independent titles out there, some may of noticed our posts on Game Jams such as the Global Game Jam and Ludum Dare. Well here’s another Game Jam which sadly the Gamercast crew don’t take part in, however we’ve had a play of one of the games that was submitted and couldn’t not share it with everyone.

This was the joint creation of Cassie; she's five years old by the way, and her father Ryan Henson Creighton (of Untold Entertainment) at a Toronto Game Jam, and it is beyond any creation ever made at a Game Jam before.

You can read his write up on the build up to the event, as well as some development information on his website which I recommend giving a few minutes of your time.

Featuring crayon art drawn by Cassie, and a host of characters such as Orange Boy, the Evil Lemon and Mr Turtle this game draws you in with cuteness and then knocks you out with adventure style gameplay.

So if you have a heart I recommend checking out Sissy’s Magical Ponycorn Adventure, which will perhaps help lead people to realise they can always get help by other means when working on 48 hour game jams. I’ve never used my niece for art/voiceover/design but children can come up with some really interesting stuff. 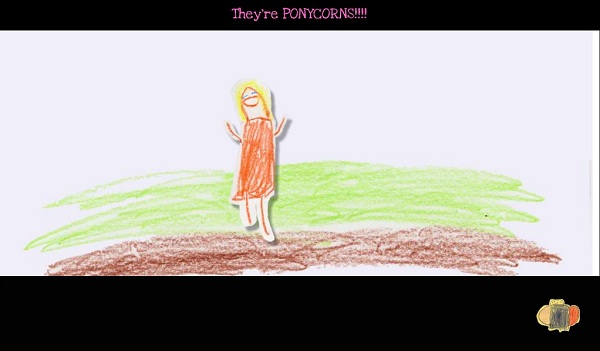 What is a Ponycorn exactly? Well you'll just have to play it and find out!