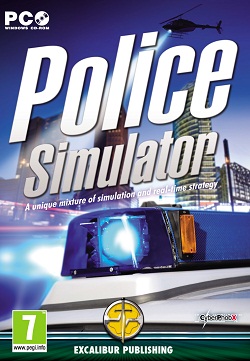 If you are not shooting police in most games generally you control them tactically in titles like SWAT, Police Simulator breaks the mould and through a strange blend of simulation and real time strategy you are tasked with fighting crime in a modern European City the best way you know how, think SimCity with a heavy reliance on the management of your police force and you've got Police Simulator.

Police Simulator is a mission based title, and you are given weekly tasks to fulfil before advancing your jurisdiction to other parts of the city, goals such as increasing the level of public safety and keeping your bank balance in the positives to name a few, although an open-ended addition would have been very nice, you will find that from the pace of the game you'll be hooked on Police Simulator for hours and still only be in the first area of jurisdiction.

The game is 2D and played through maps, making the gameplay extremely simple but effective, there aren’t any dynamic videos to accompany chases or apprehending suspects, but rather than a prevalence on the policeman on the streets Police Simulator lies its core interest in the management of your team and police stations, and getting the job done, rather than seeing how everything plays out.

Police Simulator, unlike a lot of simulation titles comes with a tutorial explaining the management system which is otherwise a little daunting, however within a few minutes you'll have the hang of it, and to top it off, the user interface is fairly straightforward and you'll find that actually managing a police station is not as much work as it's cracked up to be.

Also, to help you along the way, you have a set of advisors that will guide you including; Second in Command, Human Resources, Equipment Maintenance Officer and Financial Officer, these friendly people will keep you up to date with which officers are able to be sent to training, how cases are fairing and generally anything that you would expect to be told. They aren’t the vengeful advisors of SimCity however, and thankfully you won’t find protestors on the streets if you make decisions that they do not advocate, but they are extremely good at making sure you don't neglect your officers.

If you expect to get anywhere in this town you will need to employ a strong team to officers, capable of canvassing the jurisdiction that your force holds, whilst carefully creating a set of duties that your officers can follow throughout the day, then simply sit back, relax, and let the criminals do their work. On medium difficulty you'll see an average of around 10 crimes a day, all of course taking into consideration the level of public safety your rule holds as well as the crime densities in particular areas. However while you're not busy sending your officers out on a call, you will need to play close attention to the management of your team, Police officers are human beings too, and your team will suffer if you continue to send them out on extremely long shifts, and do not pay attention to their needs. 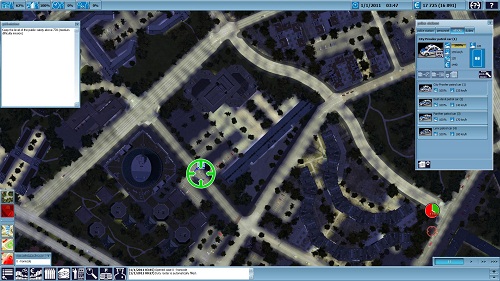 The best part about Police Simulator is the variety of options that are at your disposal, not only can you employ bog-standard police officers, but you will need to take full advantage of the expertise of crime scene investigators, detectives, undercover officers, special operatives, riot control and even pilots to fly your coveted helicopters, each with their own special purposes that will be needed to fulfil certain tasks when crime rears its head. The best part of the game is loosing a suspect due to your police officers being that fraction of a metre away, and having to fully investigate the case as a result, bringing in your crime scene investigation offiers and detectives to work out the most likely suspect, bringing the game to a great height of reality and fully engages you with the title.

Your officers will get to the scene of the crime in style with a large selection of vehicles from your simple low maintenance patrol cars, to interceptors, riot vans and water cannons to ensure that they get to their call-outs with plenty of time to apprehend their suspects, with crimes such as riots, robberies, stabbings, terrorism the list just goes on.

The day in the life of a police officer can be rather slow, you can have your team sit about the police station waiting for the crimes to be reported, or you can send them out onto the streets, checking miscreants' papers are alright, after all the suspect that got away two days ago could be wandering around. If you want a bit of variation and wish for more coverage and safety for your public, you can send your officers out on bespoke patrols around the rough areas of town, just to keep everyone on their toes.

The only real valid issue with Police Simulator is that at times it can feel quite slow, even on the fastest speed a day will take a good hour or so to pass by, which would not be such an issue if there were more going on in the world, however it is a simulator and not an action title, unfortunately it goes with the territory, and you’ll find yourself fully engaged in the game whilst you are playing, just wishing that the days went by a little faster. 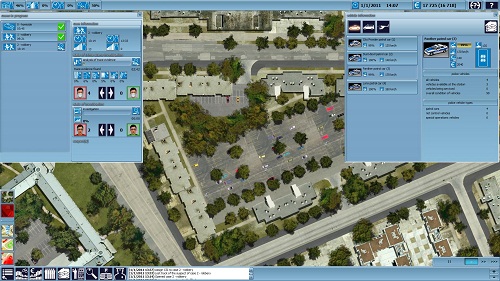 The game itself is rather quiet, with a strong prevalence on diegetic noise such as sirens, police radio and background noise, with some added high-tension chase music to accompany operations. The police radio in particular is actually really effective, and officers will inform you when they are going out on duty, when criminals are apprehended and every such situation you would want to be in the know about.

Police Simulator is an extremely effective Simulator and strategy/management title, there are a few minor issues here and there, but the game itself is solidly built and surprisingly engaging when you get to grips with it, although it takes a while before you can utilise the helicopter it stands as a truly unique and interesting game.

Police Simulator is available at all good retailers now exclusively for Windows, for an SRP of £24.99, this management title is definitely one that should be investigated whether you are into simulators or real-time-strategy.