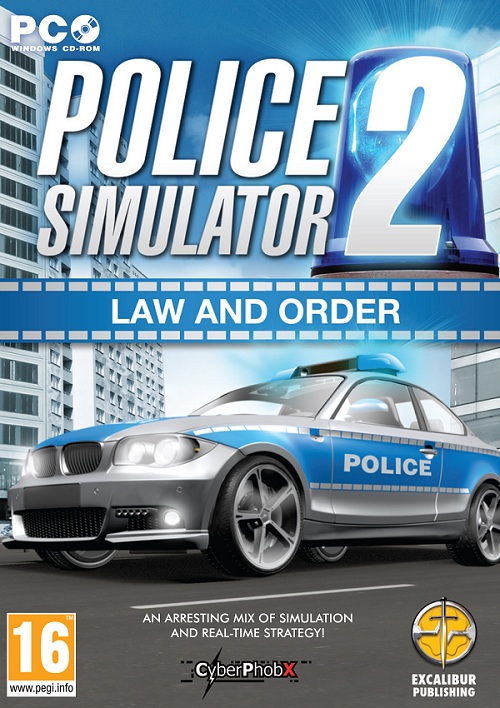 In your sleepy little town you’ll find crimes like robberies, stabbings, smuggling and homicide rear their ugly head often, and it’s up to you to send out your beat cops to patrol the streets so that your populace are safe from the murderous scum that hides in the corners of your alleyways, and enforce your justice through speed traps, surveillance cameras, or even patrolling helicopters; the choice is yours in Police Simulator 2.

Police Simulator 2 is a true simulator, you won’t find your men running and gunning like you see on COPS, at least they don’t in Europe — the game is not about apprehending your perpetrators face to face, it’s all about managing your workforce and scheduling their shifts to ensure the complete and constant coverage of your town. If you want to chase your criminals down an alley in a simulation setting you’re playing the wrong game, go get Police Force instead. 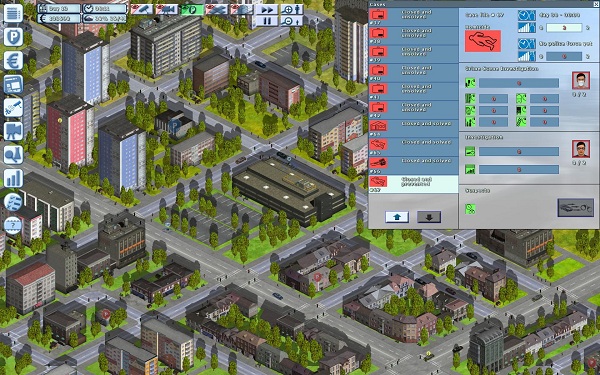 In this sequel, the developers have definitely looked at what worked in Police Simulator, and what didn’t , so many will be happy to know that the menus are far simpler, with straightforward icons. Gone are the advisers, so they won’t be breathing down your neck anymore, and thankfully neither will your staff as you can now schedule their shifts.

This time around Police Simulator 2 is a far more open ended affair, and your jurisdiction grows as you accomplish missions, the exact way that we personally wanted Police Simulator to play out. Even better yet, you cannot be expected to police a whole town with just one little police station, so CyberPhobX have included nine police stations, each with their own individual employee cap, some have garages others have helipads, and each comes at a cost, but will ensure that your area is adequately protected.

Police Simulator 2 very much relies on your budgeting skills; after all, running a first-rate police force does not come cheap; your cars require fuel and constant repair work, any police stations you own need upkeep, and of course your staff need to be paid, this is not even taking into consideration the costs to buy cars, cameras, speed traps and upgrades. Whilst you’ll have an influx of funding at the start of the game, you’ll find that financial support isn’t always going to land in your lap so easily, so balancing your books are key, lest your force be required to make some dreaded cutbacks. 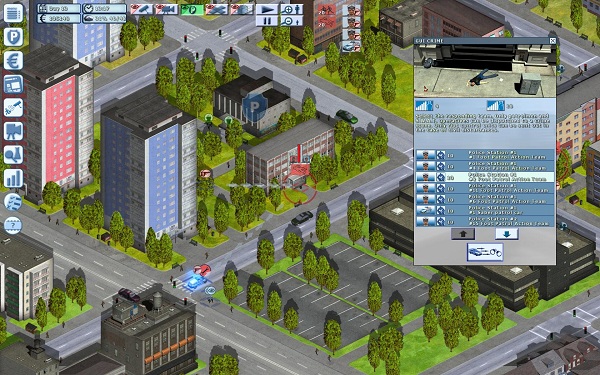 CyberPhobX realised that they were overwhelming you a little with choice in the original, and so Police Simulator 2 gives you three basic workmen types; Patrolman, Detective and CSI, again these will gain experience when out on the job although it will take a while before you can train them up. Your patrolman can be split into teams and given duties checking the ID of the populace, or going out on patrol, incidentally you no longer have to send out your CSI and detectives, and instead they go to crime scenes automatically and sort everything out for you, how thoughtful!

Police Simulator 2 has evolved greatly, not only have the menus become far more user friendly, but there is a range of new features to aid you in your policing, my personal favourite is the speed traps that allow you to rake in a little money on the side catching inconsiderate speeders, and surveillance cameras to help identify suspects, as well as a host of CSI upgrades to better your case solving abilities, allowing you to catch the criminals that got away that much sooner. On top of that the game has also had a very obvious graphics overhaul, and has changed from a 2D top down view, to a snazzy 2.5d isometric view, granted everything is still rather humble, but it makes a nice change.

Despite all of the additions and simplifications that have been made to the game, gameplay is still rather slow, and with only two speeds to control time you spend a lot of time waiting for something to happen, granted the missions do help to pass the time, but when you are waiting for 48 hours to pass it can get a little tedious. Another issue arises when your jurisdiction expands, and the game finds it slightly difficult to handle so much on screen at a time, making policing on such a zoomed out level unplayable. Another problem that still has not changed is the path finding that will see patrolmen run all the way up one side of a road just to cross and run back down to the scene of a crime, it can also leave some patrol cars in sticky situations. 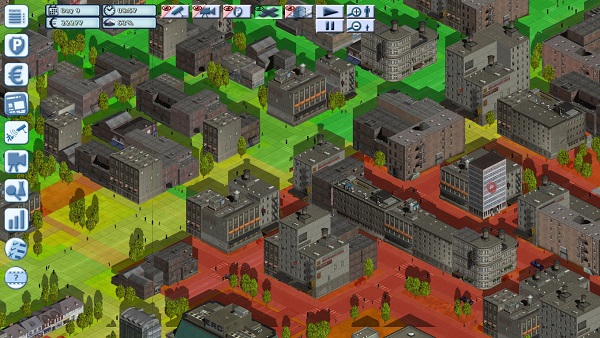 It’s the simple touches however that excels the game above its predecessor, from being able to change the sound of your siren, sticking on the crime density filter, or the accompanying flamboyant upbeat 90s cop soundtrack that transcends into intense beats as you race to the scene of a crime.

Alongside regular policing you’ll be given over-arching missions that range from ensuring that your jurisdiction has an adequate amount of coverage, protecting diplomats from potential assassination, foiling a bank robbery or just catching a certain amount of criminals. The missions mainly serve as a tutorial, easing you into the specific duties that you will need to undertake, and gradually unlock the game to you, including riot control, SWAT and the best policing instrument; helicopters.

Police Simulator 2 is a definite improvement on its forerunner, whilst there are still issues with the game, and the inability to play completely zoomed out will turn away some strategy fans, the team management and scheduling inherent in the game makes a fantastic change from your average action based police title, that and there’s nothing better than chasing a perp with a helicopter as your patrol cars race along busy roads . 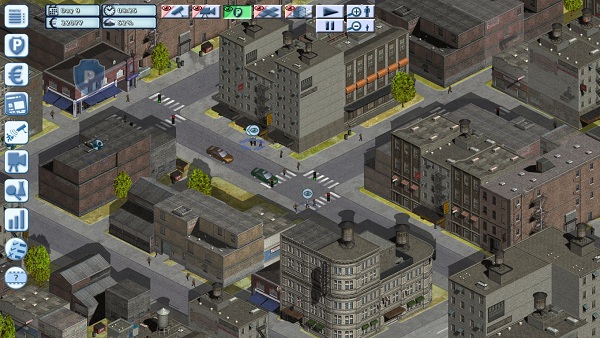 Police Simulator 2 is available now in all good retailers and online stores for the SRP of £24.99, if you had qualms on the original, the sequel is greatly improved, however its importance is still rooted on team management and those looking to catch their criminals should look to Police Force instead.