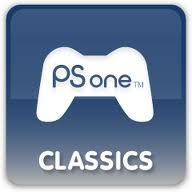 It also features a large portion of small changes that make using your Playstation Vita feel more fluid, such as a search bar at the top of the internet browser window and being able to control the Vita's menu screen with the face buttons as well as the touchscreen. You can watch a video showing all the feature changes in the update below.

Of course the most important piece of the update is the PSone Classics support and Sony are definately being supportive making over 125 available to play on Playstation Vita from the first update.

To name a few you'll be able to play Classics such as; Vagrant Story, Resident Evil 2, Pandemonium, Kurushi Final or the amazing Kula world. So don't forget to switch on your Playstation Vita, blow off the dust and grab the coolest update in the world. If the game you were aching for isn't on the list don't despair, Sony are promising to add more games each week to grow the library of PSone Classics that can be played on your Vita.

A full list of the games that will be playable from tomorrow can be found here. Fingers crossed that Tombi will be another compatible game in the UK when it launches on September 5th.

Also for those that were worrying, Sony have stated that for those that have already bought the PSone games off the Playstation Store will be able to re-download them for their Playstation Vita provided they're in the list, so there won't be any duplicate purchases needed.