PopCap Games are very well known for a little game called Peggle and another called Bejewelled, although when we say little they’re absolutely massive, the most recent game to join their blockbuster list is Plants vs. Zombies which was released in May 2009. In a similar follow on to Peggle joining the Xbox Live scene, Plants vs. Zombies has now done the same and I’m fully addicted to the game once again. 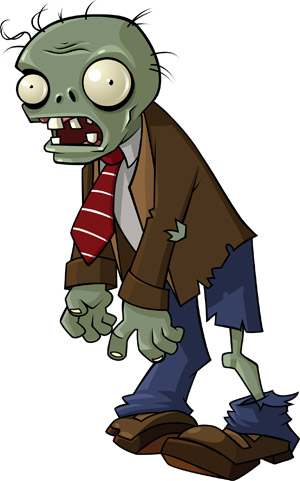 Plants vs. Zombies for those that haven’t played it is a tower defence game where you plant flowers and other types of plants to fight off the approaching zombie horde and stop them from eating your brains. Like any other tower defence title you’ve got different unit types; long range, short range, tanks, mines etc you will find yourself thinking about these plants in a sense like this, setting out your lines on the lawn for the best defence.

Adventure Mode spans across five locations, Garden day, Garden night, Pool day, Pool fog and the Roof. Then each location has 10 levels which you need to complete all featuring different loadouts of zombies and even some mini games, requiring you to choose your seeds wisely. There are also multiple choices to how you take out the array of undead once you've played through the adventure mode allowing you to unlock puzzle games, mini games, and survival challenges.

Plants vs. Zombies for Xbox Live Arcade is the first version of the game to feature co-op and vs. modes, allowing you to play with or against your friends, this can be done locally or via Xbox live and gives you a chance to show your friends what you’re made of when taking the side of the plants or the zombies. There are also a variety of co-op modes to play, not constraining it to the normal game type, however if you choose to play normal Plants vs. Zombies with your friends be ready to only have four slots for seeds, you really have to make sure to work together. 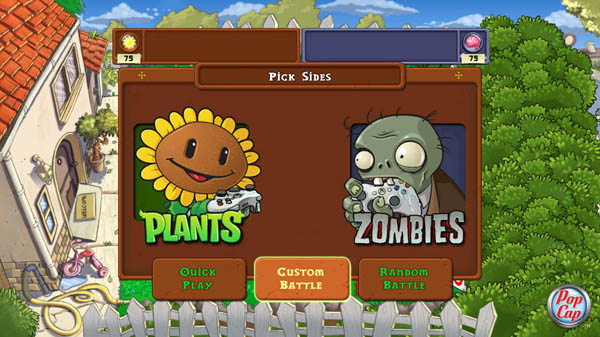 As well as Xbox 360 exclusive features it still has all the other features available on the Windows version, such as Puzzle games, Mini games, Survival challenges and the Zen Garden all sitting alongside each other to make a great array of addictive gameplay.

The puzzle mode is split into two different types; there’s playing the game as the zombies and vase breaker where zombies and plants appear when smashing vases, giving you no option but to strategically plan plants for each row, with no idea to what's inside each vase. The zombie puzzles work really well, as after finding out the strengths and weaknesses of plants from playing the adventure mode, you can put it to the test by using these skills as the zombie horde. However for those unfamiliar with the zombie and plant types or if you just want to brush up on your knowledge the Almanac will tell you of all the plants you can use and the zombies you have encountered.

The mini games are more varied giving you games to play such as Wall-nut bowling where you are literally bowling with wall-nuts, Beghouled which is a version of bejewelled where you’re swapping plants instead of Jewells, Zombiquarium where you have a zombie aquarium to look after and even Portal combat where zombies come through portals. There are 21 mini games in total, some harder than others, and some may just be down to your placement and a little luck as well. 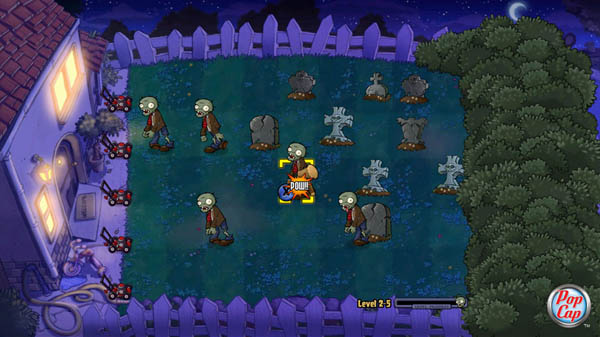 Survival is exactly what you’d think a survival mode where the waves keep coming at you; however you do get the chance to change your plant loadout after each finished level, making it nice and easy to control your upgrades. Survival contains all the locations for the adventure mode, giving you the chance to brush up your skills on your weaker areas of the game.

Another Xbox 360 exclusive is the inclusion of Leaderboard houses, you have the choice to pimp out your house and spend loads of money on it to show off to your friends, you can of course leave it as the standard house if you’re struggling for money and trying to grow the tree of wisdom while having to pay Crazy Dave’s crazy prices! 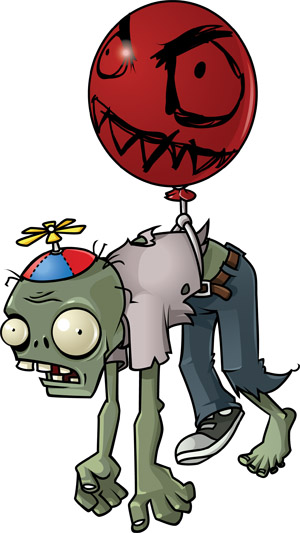 The biggest draw in the game however has to be that whenever you load up the game your plants in the Zen garden will want some water, then after doing that as you’ve got the game loaded you feel you might as well try finishing that puzzle, or do that survival challenge you kept loosing on previously, it has a great draw, especially when achievements are involved and keeps you really wanting more.

In a similar vein to Peggle, Plants vs. Zombies is available for almost every format you would want, with even a Nintendo DS release round the corner for those in America. Even though I already own the game on Steam, I couldn't resist this version, if it wasn't only for the achievements it was the added modes and higher resolution (1920x1080). Plants vs. Zombies is extremely great for the price that you have to pay (1200) as I have spent so many hours playing it in the evenings, the only issue I would find with it is that I wish the Adventure mode was slightly longer, however with all the other features it is still keeping me entertained. I highly recommend this addictive strategy title for those familiar and unfamiliar with the game and especially to tower defence fans.

Plants vs. Zombies is available on the Xbox Live Marketplace now for 1200 points, alternatively you can pick it up on Steam for Windows, iPhone or iPad, however you don’t get the exclusive Xbox 360 features on the other formats.