Rockstar Games are happy to announce that there is finally a PC release of L.A. Noire in the works, set for release later this year.

A soon to be released PC port has been developed by Rockstar Leeds and promises to run on a wide range of PCs. Although we’re sure they won’t jeopardise the graphics of the game just so it can run on low end PCs, as the specs for the GTA games were always fairly high. It also promises keyboard mapping and gamepad support so you can make the experience play out the way you most prefer. Which will probably feel best on a wired Xbox 360 controller.

L.A. Noire is the first release from Team Bondi after being in development for a multitude of years. Set in 1940s Los Angeles the story follows Detective Cole Phelps who almost singlehandedly wants to rid LA of as many criminals as possible. Whether they’re murderers or someone making off with some stolen goods there’s lots for you to do while you climb the ranks of the LAPD. 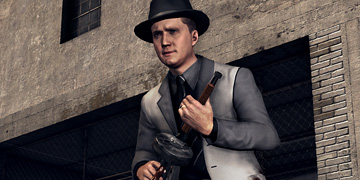 Of course the main focus of L.A. Noire comes in with the interrogation sequences, these take place in the main story of the game and have you watching character’s faces to sense if they’re telling you the truth or trying to lie their way out of your presence.

L.A. Noire will be releases for PC owners this fall, we've got our fingers crossed that it'll be Games for Windows LIVE compatible on Steam so there'll be an extra set of achievements for those with Gamertags.