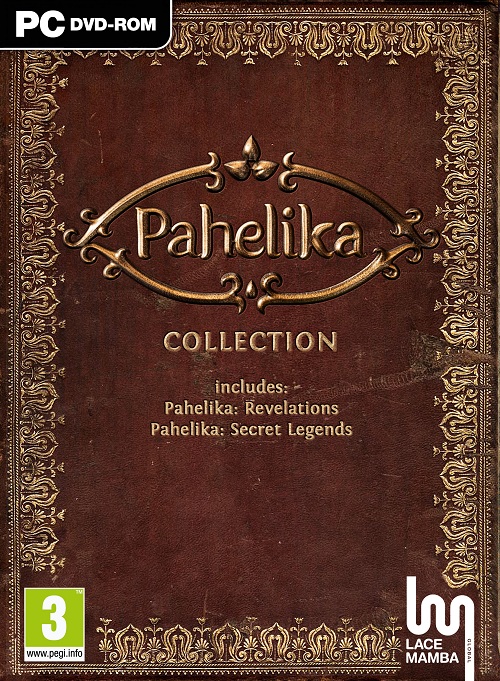 The Pahelika series of games is based on a magical book that is fabled to have helped the King of Roop Nagar to claim back his throne from the demonic King Asura. Shrouded in Indian folklore and bestowing great magical powers the book was thought to be simply a myth, until an ancestor of those related to the book; Sudesh Budkoti yearns to discover if its legend is true beginning a hunt for Pahelika in Pahelika Secret Legends.

No, unfortunately a book so powerful is not simply kept lying around and to find Pahelika, Sudesh must pass six challenges on his journey that only those wise and worthy enough can truly pass. The challenges in question are comprised of a collection of pseudo hidden object style games, full of innocently nonchalant puzzles such as jigsaws and sliders with a few sneaky code busters and thematic magic spells for good measure. 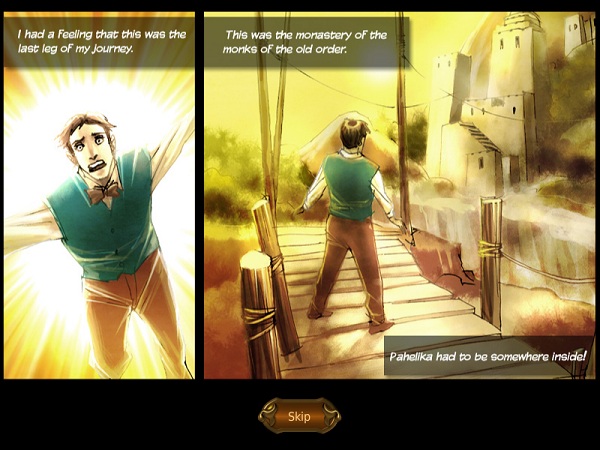 Whilst you do occasionally get the average adventure game combination puzzle, nothing in Pahelika Legends is particularly challenging, and the game itself is short, but sweet, and split up with beautifully illustrated cutscenes, a nice contrast to the pre-rendered environments that you'll find throughout the game. However beautiful they are, the cutscenes unfortunately fall flat and don’t really add as much to the story as they could, acting more as bridges between each section rather than building on the story; so you never really feel any attachment to Sudesh or the characters in Pahelika Revelations.

The Pahelika Collection released by Lace Mamba Global not only contains the classic and engaging Pahelika Secret Legends, but the recently released Pahelika Revelations. Revelations puts you back into the shoes of Sudesh Budkoti and revolves yet again around the magical Pahelika, and shows the sheer evolution of quality from the Indian developers at IronCode Gaming. 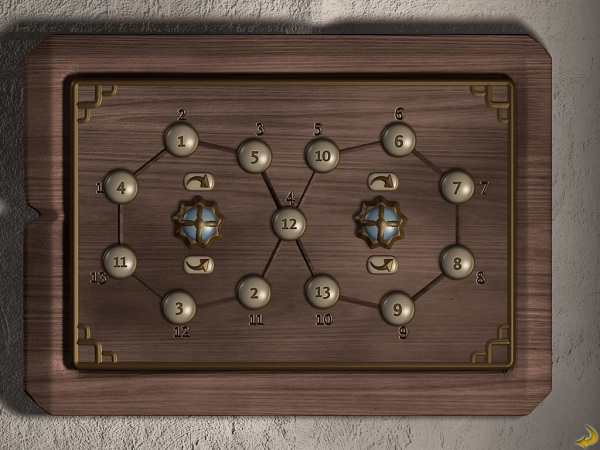 When you first encounter Revelations it feels as though you are dropped right back to square one; the hunt for Pahelika, however it isn’t long into the game that you find that a tie to the book, and a few similar locations are the only things that link the two games, Pahelika Revelations is fifty million times the size of the original, well not really, but playing the two one after the other allows you to soak in the clear advancement of the sequel, and the steps of change that Pahelika Revelations has taken in both presentation and gameplay.

You could go so far as to say that Pahelika Revalations is no longer a casual hidden object game, but crosses the line into the territory of a fully explorative point and click adventure game, multiple screens are present to each area and going back and forth between the screens is a necessity making the gameplay and puzzles of Secret Legends feel like mere child’s play. However crossing that line requires conflict, and so in Pahelika Revelations there are dark dealings afoot when the shady wizard Krur Jalaal steals a collection of magical artefacts from the sacred monastery that once protected the magic of Pahelika, and as the holder of the book, you cannot simply watch as he attempts to screw with your world, especially when it may be all your fault.

Working against a dark wizard like Jalaal, the need for defensive magic is a must, and so magic casting plays a far larger role with a variety of different spells making for a more complex, and longer game. However still the two Pahelika titles are never very difficult, and when you do get stuck it is usually down to a lack of understanding, unfortunately the game is not presented as an open, solitary exploration title, and instead its linearity often becomes frustrating. 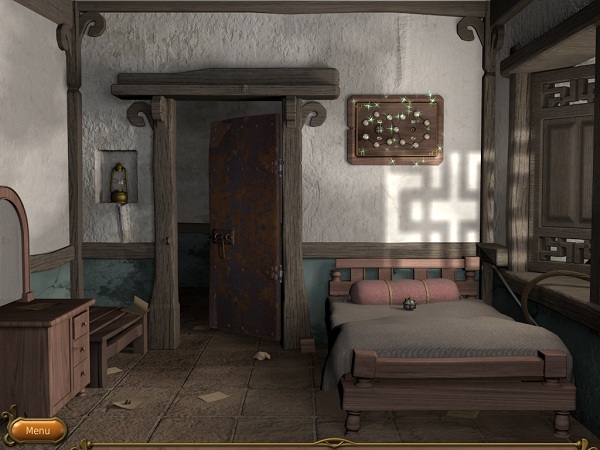 Pahelika Secret Legends sets you on a satisfyingly simple, yet rewarding tale of discovery, and whilst Pahelika Revelations is the real meat of the collection playing the two in succession makes for an interesting journey of magic, exploration and puzzle solving, perhaps Pahelika has another tale to tell in the future, we hope so.

The Pahelika Collection is available in all good local and online retailers for the SRP of £19.99 if you'd like to sample a bit of what Indian game development has to offer, or just an engaging seek and solve/puzzle game, look no further.