Focus Home Interactive and Spiders have unveiled that there is just under a month until the release of Of Orcs and Men the twisted fantasy tale headed for the major platforms October 18th, with the absolutely fantastic news a few new screenshots have also been released, feast your eyes on our favourite of the mighty Arkail; Orc warrior. 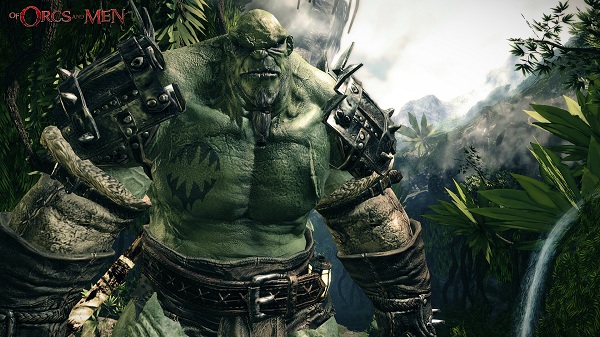 Not pictured is his companion Styx, a stealthy goblin that will help Arkail to take on the most dangerous mission that his race the Bloodjaws have ever undertaken; the assassination of the head of the Empire of Men that has caused years of oppression for the green skinned people.

Of Orcs and Men is a brilliantly brutal fantasy RPG that spins fantasy stereotypes on their head, and takes the two unlikely heroes through the jungles of the Orc territories, the great wall separating the Empire of Men from the green skins and the haunting Isle of Laments in a game that has us deadly excited.

Of Orcs and Men is scheduled for a release October 18th for Xbox 360, Playstation 3 and Windows PC, we cannot wait.