Kalypso have announced that their upcoming criminal empire building game Omerta - City of Gangsters that is in development at Haemimont Games; developers of the critically acclaimed Tropico 4, is coming to the Xbox 360 as well as Windows PC.

As you can see this is not the organised crime simulation that you were expecting, utilising tactical turn-based combat you will need to recruit a gang and expand your empire as a fresh-from-the-boat immigrant in 1920's Atlantic City.

You will manage your business strategically, and your minions in real-time, sending them out of missions ranging from assassinating informants to raiding a warehouse, setting up illegal boxing rings, even turning buildings into speakeasies. Just be prepared to bribe a few police and politicians along the way, no one is truly above the law. 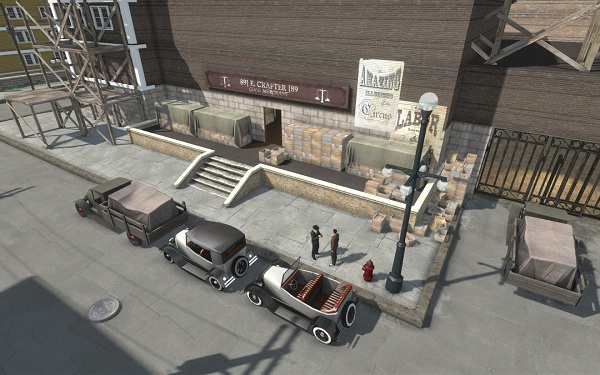 The inclusion of tactical turn-based shoot outs and organised crime management makes Omerta a very interesting contender for a comprehensive organised crime strategy, because there's not been one since Gangsters 2 -remember how bad that was?- so it's high time we get a good replacement.

With the added ability to manage your businesses and minions in real-time places a unique action title into a tactical strategy. Omerta - City of Gangsters is scheduled for a release Autumn 2012 for Xbox 360 and Windows PC.