We dreamed of becoming an oil mogul, giving our dirty dirty money to individuals to build more oil platforms to create more dirty money, however our dreams did not exactly reach fruition in Excalibur Publishing's newest Simulator on the market; Oil Platform Simulator.

The process of creating an off-shore oil Platform is pretty complex, and to explain the procedure there is a series of 8 tutorials to get you to grips with controlling, construction, maintaining and generally running your oil platforms. It is in these tutorials that you can observe that Oil Platform Simulator is not your average Euro Truck or Farming Simulator; it has a distinct arcade style that unfortunately makes a very complicated system, mere child’s play. 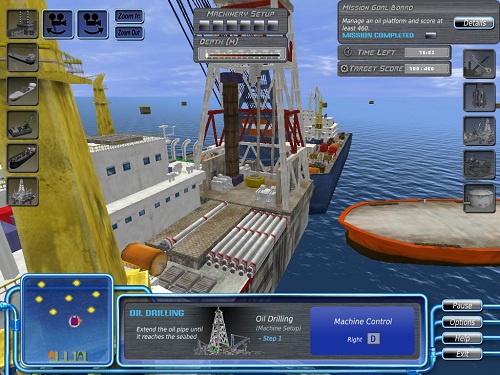 Alongside the 8 tutorials are a selection of 10 missions that take place over the Gulf of Mexico, the West African Sea, and the North Sea, each mission has its own goals, time limits, target scores and requirements which is where the game becomes rather arcade-y. Each mission is unlocked sequentially, so unfortunately you will need to play through some very simple missions before you unlock the less constrained ones.

The arcade elements to the game do give an entertaining aspect, and with a few tweaks Oil Platform Simulator could have been an engaging and life-sapping arcade simulator like the brilliant Trucks & Trailers. However everything moves too slow, and too much of your time is spent travelling from A to B, performing simple tasks, rinsing and repeating. The biggest letdown is the drilling and pumping mini games that turn what could be an interesting and fun task into a few presses of the keyboard, unfortunately rondomedia have really missed out on what could have been a wholly entertaining and addictive arcade simulation. 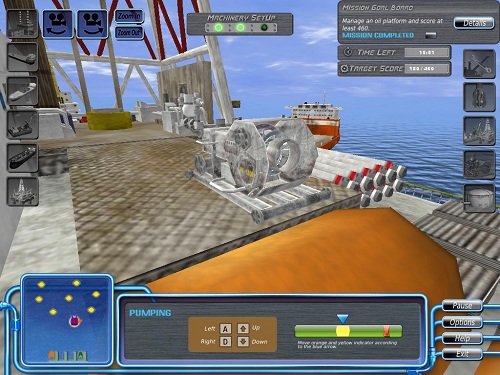 Whilst the arcade aspects make a rather quaint addition to the game, you have no common enemy; there is no real battle for the fight for oil supremacy, there are not even a few fake scores on a made up leader board to strive for beating, except for yourself.

It doesn’t help Oil Platform Simulator that it is not particularly pleasing to the eye, now we at Gamercast understand the merits of a good game over a good looking game, but the simple graphics powered by the Torque 3D engine do not give enough spirit to the simulator that pretty much consists of the same repeated tasks again and again.

There is a very nice upgrade system in place that allows you to make your technologies more efficient for working, for instance finishing the fourth mission within 20 minutes will unlock an improved drill and motor that will aid your experience. Not to mention that you are unable to participate in mission 10 before you reach level 3 and upgrade your machinery to a superior standard, these aspects add longevity to the game, but working to make yourself more efficient is not as engaging as unlocking new options. 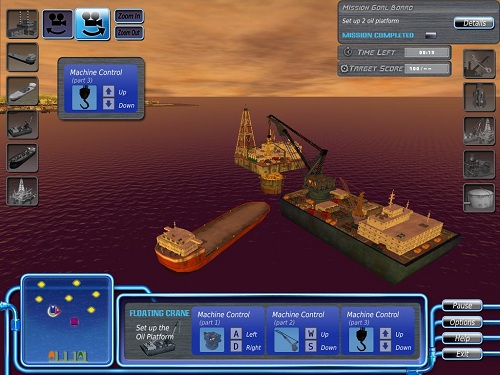 The game is too simple, whilst fantastic for a child interested in the subject there is too little to hold a simulator aficionado at bay. Whereas the arcade element gives a mildly entertaining exploration into Oil Platforms, the core game itself is just too short, too repetitive and not challenging enough.