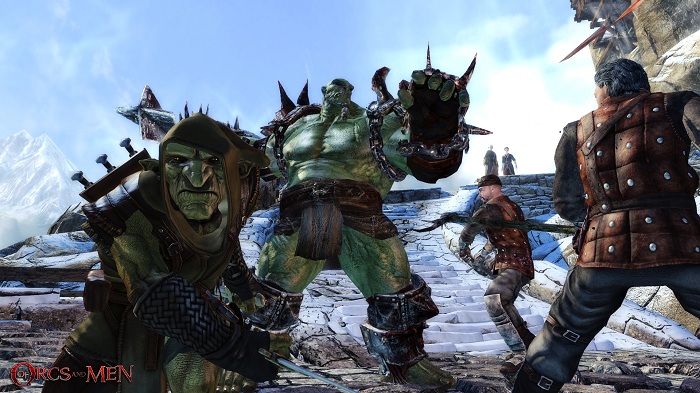 Cyanide and Spiders have released a set of new screenshots for their upcoming fantasy RPG Of Orcs and Men alongside a sly release slip from previously reported updates on the game.

The new screenshots get us up close and personal with Arkail the fearsome Orc warrior from the legion of the Bloodjaws a legendary and brutal clan, and Styx; Goblin master assassin who must combine their talents to defeat the tyrannical reign of the Imperial army and the Inquisition fanatics that are relentlessly hunting down the remaining green skins.

Of Orcs and Men is a brilliantly brutal fantasy RPG that spins fantasy stereotypes on their head, and takes the two unlikely heroes through the jungles of the Orc territories, the great wall separating the Empire of Men from the green skins and the haunting Isle of Laments in a game that has us deadly excited. 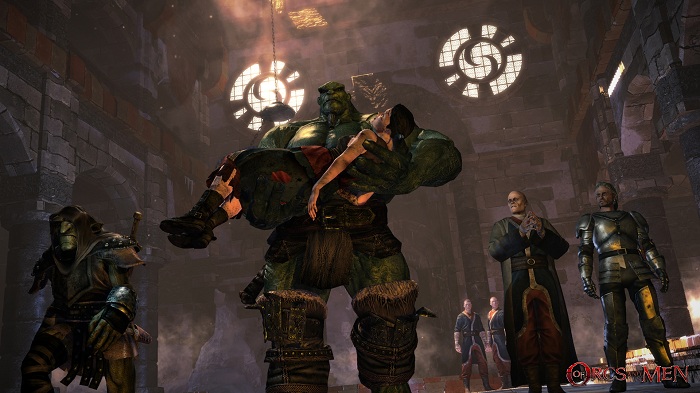 Of Orcs and Men will be seeing a release during October 2012 for the PC, Playstaiton 3 and Xbox 360.