Nintendo have now officially announced the release date for the Nintendo 3DS for Japan, which is sadly not coming out before the holidays.

Nintendo have officially announced at a conference in Japan today that it will be hitting Japanese stores on the 26th February 2011 with a hefty price tag of Â¥25,000 which comes to about £188 over here, meaning perhaps a price of £199.99.

They also stated that the west meaning North America and Europe would be getting them in March, however no specific dates have been announced yet, but we imagine they'll be some announcements coming from Nintendo Europe and Nintendo America soon.

Nintendo have confirmed that the 3DS that consumers saw at E3 and we saw at the Nintendo press event are the final design, in the colours of ‘Cosmo Black’ and ‘Aqua Blue’ along with a telescopic stylus, similar to what you'd get with a PDA. Another announcement was there would also be a Virtual console service for the 3DS allowing you to download Game Boy and Game Boy Advance games, however the only confirmed titles so far are Super Mario Land and the epic Legend of Zelda: Link's Awakening. 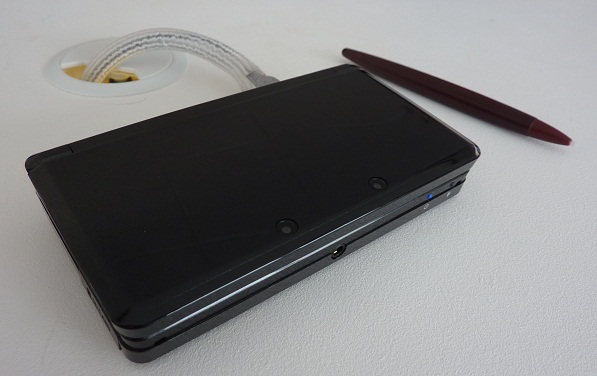 They have also confirmed an app that will allow you to make a Mii from a photograph and a whole bunch of ARG games to use in conjunction with the cameras. The launch titles for the release of the console haven't been fully dated yet, but we would like to hope that a game comes with the 3DS as otherwise it's going to be quite expensive if you want to pick up a game with the console on launch.

So if you keep an eye on those Japanese websites I'm sure you could import a 3DS if you can't wait a month or so for the release of the handheld over here. However with a digital download service and no official confirmation of if they're region locked it may be best to keep yourself busy until the launch of the console in Europe.