Following on from the announcement of the release date for the Nintendo 3DS in Japan we have finally been given dates for Europe and North America. Similar to Japan we’re also getting the Aqua blue and Cosmos black versions of the handheld, but with Nintendo’s usual trend of colours we’re sure more are to follow if these two don’t take your fancy.

As of March 25th you’ll be able to head down to your local game retailer and pick up a Nintendo 3DS for the price of £229.99 which seems to be the RRP of the console, which is sadly slightly higher than my estimate of £199.99 but some retailers such as Asda are already listing them with a game for slightly under the retail price and I’m sure other websites will be putting up similar offers as well.

The console will be pre-loaded with some software similar to the DSiXL, except totally new pieces of software such as the Mii creator and a pedometer, as well as the big seller that is the virtual console allowing you to play your favourite old games on this brand new handheld.

Currently all retailers have put the games up on their websites for a slightly larger than DS price retail price of £39.99, and the current launch titles seem to be different dependant on the store. However it is confirmed that the three iterations of Nintendogs + Cats 3D, Ridge Racer 3D and Super Street Fighter IV 3D seem to be for the day of release, with a few more as well when they’re finally confirmed. But there is promise for at least 25 releases between the launch date and the end of June. 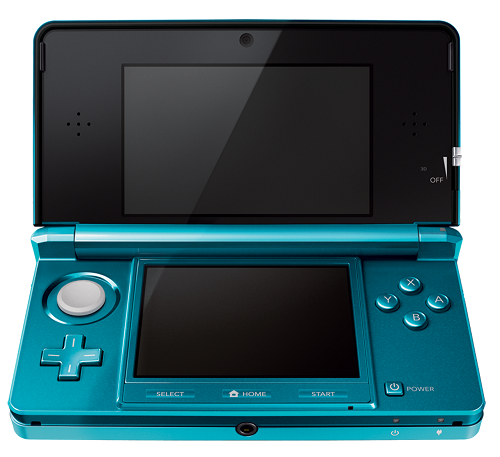 After having the chance to play on a Nintendo 3DS back in August I was very impressed, so I only hope the hardware pulls through and gives us some amazing games. Some retailers such as GAME are taking deposits now, so if you’re worried if your local store will sell out you can go put down a deposit now to guarantee yourself this amazing piece of hardware.