Moments ago at E3 Microsoft announced the new Xbox 360, which we'll dub slim until everyone agrees on what to call it. It was briefly revealed in the last few minutes of their E3 press conference which was largely dominated with Kinect demonstrations. Microsoft stated it was shipping out today, to be on sale later this week. 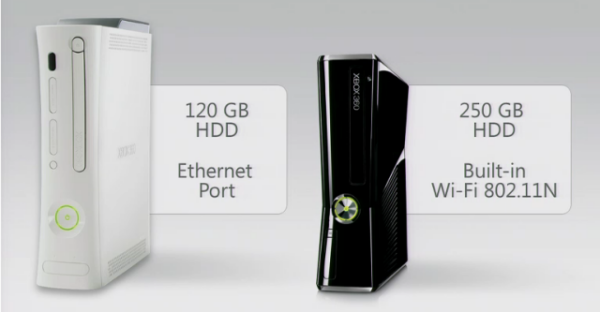 It includes a 250GB hard drive and built in 802.11n networking support. It'll be the same price as the Xbox 360 Elite, approx $299.99 US and £199.99 in the UK. The European release date is a little bit later than the US, being on the 16th of July. What effect if any this will have on other Xbox 360 versions is also unknown at this time. This was the only new re-designed Xbox 360 announced, so we suspect there will be no Arcade/Elite divide at least not until the older models are cleared out of the channel.