Expect to see a variety of new games on the shelves as a small stellar line up invades your local game shop. If you like adventure games you've got Edna and Harvey: The Breakout, or the very intriguing Stacking. Dr Kawashima also makes an appearance on the Xbox 360 for a casual family title on Kinect. Here's our pick of the releases this week.

Dr. Kawashima's Body and Brain Exercises is the first of many casual family orientated Kinect games, however with the name on the box and the addictive Brain Age tests this one will probably be half decent. With Exercises focused around maths, reflexes, logic, memory and physical accuracy you'll keep your mind and your body at a casually fit level, this isn't a game for everyone, but surely the TV will be full of adverts. 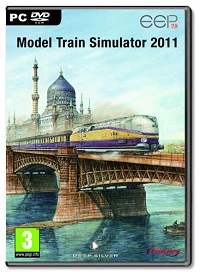 This may not be everyone's cup of tea, but Model Railway sim is literally what it says on the tin, unlike the exciting Tiny Trainz, Model Railway Sim allows you to design and control complex layouts that you would see on a display table, and really sounds like a Railway sim designer more than anything. However niche it may be, train simulators are always quite interesting to experience, and if the variety of choice at your hands is as much as they say it may well be worth a gander. 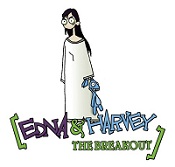 Edna and Harvey: The Breakout
Windows

From the makers of the brilliant The Whispered World, comes Edna and Harvey: The Breakout. Edna wakes up in an insane asylum with no memory, so an escape sounds like a good idea. Which is ok, because Harvey, her toy stuffed bunny totally agrees with her. Edna and Harvey takes things back to basics and relies soley on the weight of the games' story and characters. If you loved The Whispered World you should check it out to see where Daedalic Entertainment started.

If you love Tim Schafer but felt that Costume Quest was lacking somewhat, fear not, because Stacking is the new game from Double Fine Productions that is going to blow your socks off. Stacking plays like a puzzle game but has all the mechanics and ideas of an adventure game. Set during impoverished times, it is up to you as little Charlie Blackmore to save your family from the clutch of enforced child labor. Presented like a silent film, this little arcade title ticks so many boxes you wont mind that it cost you a tenner.

If you don't want to go out into the stores in fear of spending money or perhaps nothing this week floats your boat, we definitely recommend the fabulous Stacking, it'll only cost you £10; has high replay value and will give you something immensely entertaining to play over the weekend. Will you be buying anything this week?