It's only just over 3 weeks til Christmas and you'll not find the releases slip up for a while yet. This week marks the start of December and a flow of games that are perfect for family gaming around the tree with platforming legends Mario and Donkey Kong sparking nostalgia for everyone. Here's our pick of the releases this week.

Retro Mario fans will rejoice at Nintendo's brilliant choice to release the classic Super Mario All Stars for Wii gamers across Europe, in a special collector's edition you can relive your childhood with Mario Bros. 1-3 and the Lost Levels pack for a low RRP of £24.99. Not to mention it includes a soundtrack with a vast array of Mario music.

Donkey Kong Country returns after 13 years, and it's even better than the Donkey Kong Country that you played as a kid! Join Diddy and Donkey Kong as they battle the Tiki's to get Donkey's bananas back, as the first Donkey Kong title to not involve Rare some fans may be sceptical at first but this is a true return to the classic platformer.

Although you may have never heard of him, Sly Cooper the raccoon thief had a spurt of very good platformers on the Playstation 2, Sony have relaunched Sly in the Sly Collection available exclusively for Playstation 3; including the ability to play Sly 3: Honour Among Thieves in 3D, Playstation Move mini games, and each game has been remastered into HD. 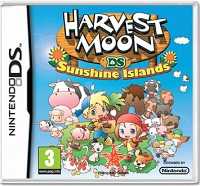 Dive to the Titanic
Windows


Although this week may not be full of big budget blockbusters there is still a treasure trove of games fit for the gamer that does not rely on first person shooters for entertainment, what will you be buying this week?