This week marks the beginning of the end of your hard earned money. Here's our pick of the best releases this week. 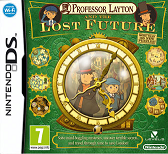 With the recent announcement of Professor Layton Vs Phoenix Wright, the good old professor is hot stuff as he returns in his third adventure: The Lost Future. Boasting over 165 different puzzles you'll be scratching your head for months as you work your way through the story, just make sure you don't miss any puzzles!

It may not be very different from its predecessor, but Fallout: New Vegas is on the top of the list for many gamers this week, including us! Get set for more post-apocalyptic fun as you hit the streets of Vegas busting mutie chops! With undoubtedly tens of hours of gameplay if there is only one game that you will pick up this autumn, it might as well be Fallout: New Vegas.

From the visionary Shinji Mikami, of Resident Evil fame comes Vanquish, a third person fast paced shooter. Platinum Games keep their profile high with yet another enjoyable, well made title, although it may be short, its combat is great and if you haven't checked out the demo already what are you waiting for? 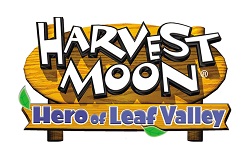 Harvest Moon returns with yet another tale of the silent hero, whether you enjoy the fruition of relationships, breeding chickens or growing crops, you'll be hooked to death with Hero of Leaf Valley, available exclusively for the PSP.

Take on the form of your Halloween costumes to fight off monsters in what is possibly the most innocently charming game on the XBLA. If you are looking for something to fill this weekend, pick up Costume Quest, you won't regret it.

With the great open world title Fallout: New Vegas to take away our Winter blues, and brilliant games like Costume Quest, Harvest Moon and Professor Layton you'll have your morning, commute and evenings scheduled for gaming, but enough about us, what are you buying this Friday?