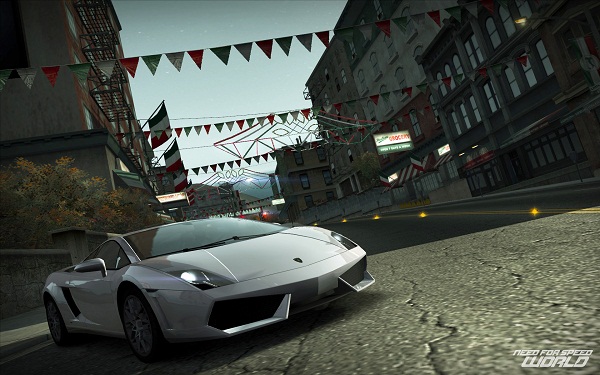 EA Black Box have officially announced the opening of the closed beta for the massively multiplayer online action racing game; Need for Speed World. Over the next few months, thousands of players worldwide will have the chance to claim one of the limited slots in the PC Beta test, to get a first play of the hotly anticipated racing MMO, where your feedback could fine tune the final game when it is released this summer.

The Need for Speed World team have expanded the classic racing style of the series, adding a power-up system as well as a deep RPG style progression. Players will be able to compete against anyone in the world in intense online battles, and police pursuits in an open world spanning 150 miles. More details on the Beta Test can be found here, you can also see a trailer of the gameplay here.