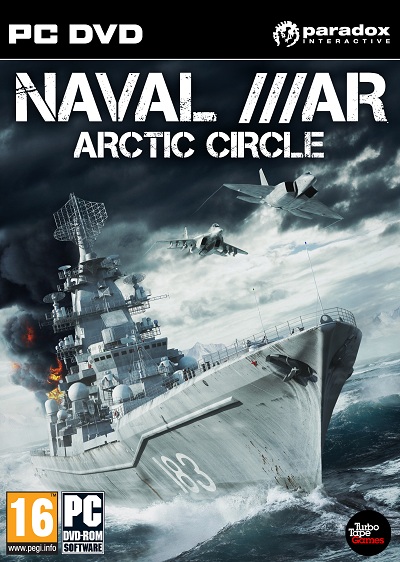 The RTS is without a doubt one of the most popular genres for PC users, and from its humble beginnings, many old favourites have been forgotten in favour of the latest game that can boast the most actions per minute, the RTS genre no longer appears to promote strategy over real time action, Naval War: Arctic Circle is quite the contrary and takes as much strategy as you can cram into a military simulator, and does it with the most minimalism you could possibly imagine.

Naval War: Arctic Circle takes place in the near future and focuses around a fictional conflict between NATO and Russian forces on a 35 million square km stretch of the North Atlantic Ocean, you are able to play as both forces in the single player campaign that comprises of just over 10 missions for each, taking you through an interesting story that merely helps to set the scene for intense, and challenging strategy situations. 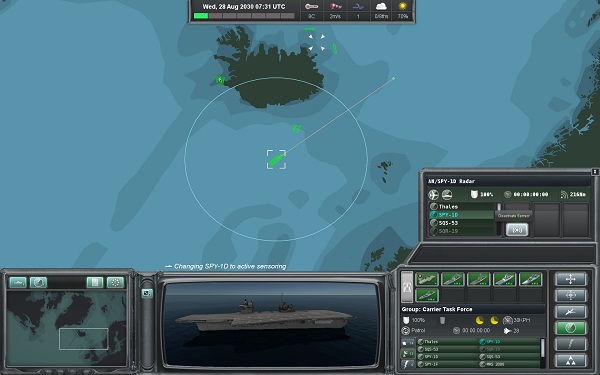 Fans of classic military simulators such as Harpoon or Fleet Command may find a little nostalgia in Naval War: Arctic Circle, however unlike the two particularly dated combat simulations, Naval War is a little more friendly to those unaccustomed to battle at sea. This is not a base building game, it is not a pseudo tower defence, everything that you should need for a mission is provided for you at the very start, from submarines, aircraft carriers or even airfields, all depending on the specific objectives of the mission at hand.

You control your fleet from a satellite map, in a battle of secrecy and hesitation a lot of the first few moments before the real conflict will involve setting up patrols around your perimeter, queuing groups of aircraft to send out into uncharted territory and literally waiting for your opponent to make the first move, or you could risk everything and attempt to locate your targets with a host of sensory options at your disposal.

The biggest strategic challenge in Naval War is not defeating your enemy, it's not engaging your units, it is the customarily simple task of locating your targets, now in a game like Age of Empires, unveiling your enemy through the fog of war can be achieved with a minimal scouting unit. However in the cold dark endless ocean, nothing is so forgiving, and with the majority of units being mobile, you will need to utilise the fantastic search mechanics at your fingertips, such as sonar or radar tracking, however using these will generate flickers of your location that your enemy can pick up on, and knowing which of your technologies to use, or simply finding your enemy with your own units that can mean the difference between getting the drop on your opponent or basically showing them your own location. 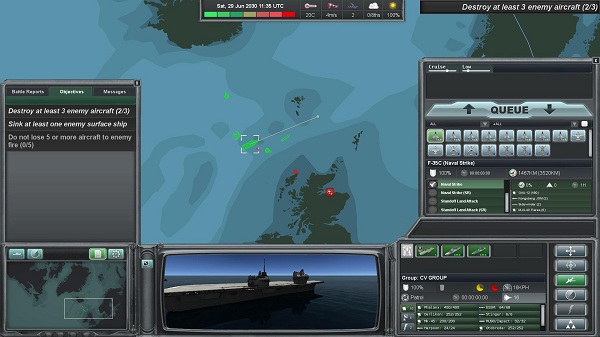 Now those beset with the need to judge a game purely on their graphics best leave the building now, because they aren't going to appreciate the simplicity in the manner that Turbo Tape Games have striped the game to its barest form, and delivered a minimalist's dream come true. Like similar military simulators, the game is played primarily from the 'satellite' with the ability to watch your units as they traverse dangerous waters. As the admiral of the fleet it is up to you to decide where to move your battleships and aircraft to strike while the iron sizzles comfortably warm as you trawl the wide oceans.

Naval warfare is nothing like the fast split-second reaction strategies that currently dominate the genre, building a submarine takes months not seconds, and a basic destroyer ship can only move about 40MPH, so as you may gather naval warfare is not the fastest way to best your enemies, however in the North Sea there's not much you can do about it, thankfully however, time compression is a necessity that the game would do very little without, and with the ability to crank it up to 120x speed you'll never miss an interesting strategic proceeding because the game will slow down to real time to allow you to access any situation that may arise during battle.

Naval combat on the high seas would be nothing without its units, and Naval War: Arctic Circle has a host of sea and air vessels ready for you to take on your enemy no matter where they hide. Don't be surprised however that a lot of your arsenal consists of aircraft, whilst ships are still a plenty, you may find aerial combat a lot more satisfying due to its speed, however when a submarine is on the cards for a mission there's no better feeling than sneaking into enemy territory and mashing up some destroyers or even an aircraft carrier before they realise that you are there! 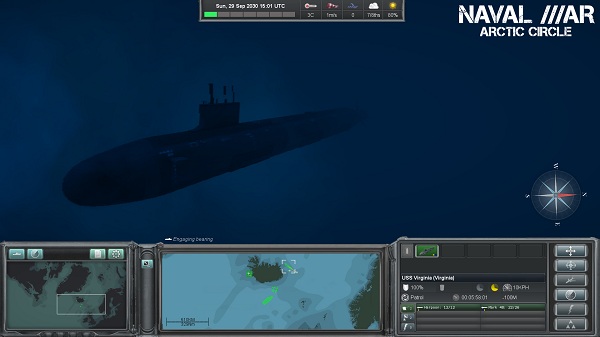 The game also features 1v1 multiplayer which does have a few issues at the moment, but plays surprisingly well, the concept in such a game is quite novel, and whilst it is not the be all and end all of the game, it makes a good distraction from the single player missions that can sometimes blow up in your face if you aren't a strategic genius.

Naval War: Arctic Circle is a real blast from the past, with very few games in the genre straying into the field of military simulation over the last 20 years it is a refreshing addition to what is mostly made up of Real Time battles that really lack true strategy, if you reminisce over the days of Fleet Command you should pick this up with no hesitation!

Those that can truly respect the game for what it is, and really understand what long-forgotten segment of the strategy genre that Naval War beckons to, will be thrilled to hear that a free mission editor will be on its way in May to complete the nostalgic package that is Naval War: Arctic Circle. Naval War: Arctic Circle can be purchased in all good retailers and online distribution channels for the dead cheap RRP of £19.99.

If you aren't yet sure that Naval War: Arctic Circle will fill the void in your strategy gaming, then why not check out the demo on Steam.