Natural Selection 2 is not your normal first person team based game, and for those unfamiliar with the original mod for Half Life, it is a brilliant mix of squad based combat and real time strategy pitting a team of nine infantrymen with their strategic commander who is left to sit and survey the battlefield, place structures and upgrade the perks of their men.

Rather than aim for total annihilation, the objective of Natural Selection 2 is to knock out your opponents command points and base before they do the same to you, it's standard base capture style gameplay, however if your sole commander is on point they can fortify your bases with towers, upgrade your armoury or classes and provide essential intel on weakened areas and pointing out the next viable points to capture, of course this does all rely on one very important point. 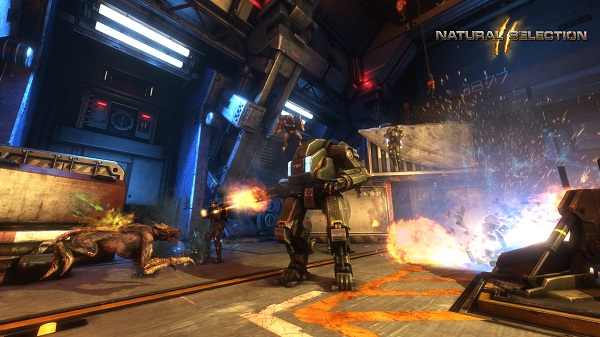 Like any team based game, the experience that you garner from the game really depends on the members in your team, with a competent commander in charge the game can become a tense tactical fps, get landed with a dud and it will turn into failed attempt after failed attempt at keeping the alien hordes at bay as they ravage the human outposts. If your commander doesn't know his way around his post, you'll find yourself lumped with bog standard weapons and no upgrades in sight. Worry not though, if this is the case you can veto the commander out, so before you jump into the hot-seat maybe it would be best to practice a little first?

Due to the more complex nature of the game it comes bundled with a selection of tutorials, now whilst they are videos and not extremely hands on, watching a couple of the essentials definitely help to settle you into the makeup of the game, including the various classes of Khaara, and the structures at a commanders disposal. However if you prefer to experience everything first hand, you've Explore mode that fills up your resources and gives you an empty map with the ability to do as you wish without the embarrassment of looking like a complete and utter noob.

In our preview of Natural Selection 2 we focused on the Khaara, and had ridiculous amounts of fun with creating shades of Onos, and assassinating unsuspecting lone marines with the Fade, however I've decided to focus on the boring old Frontiersmen this time round, and whilst you may find yourself lumped with playing them in a full server, the stereotypical characters are extremely challenging and very satisfying to play as. 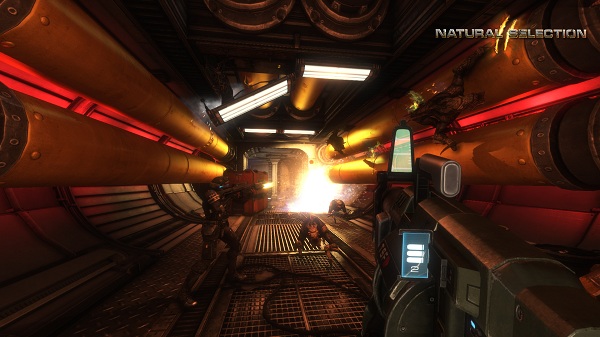 The Khaara is where the game begins to get a little more interesting - well, if you're tired of shooting guns and killing 'bad guys' like any other game, granted the Frontiersmen do have a tirade of great tricks up their sleeve, but the real fun is had crawling along walls jumping out at terrified men in the dark!

As a marine, unlike the Khaara there is only one class; bog standard cannon fodder, he can be upgraded with weaponry that can be bought from his personal resource pool that increases over time, and whilst a single marine armed with standard assault rifle won't be scaring even the smallest of Skulks away, that's what grenade launchers and flamethrowers are for!

The level design on the six available maps is simple but effective, ranging from traditional jumbled claustrophobic corridors winding into each other as you would expect from an oppressive alien-infested environment, to mining facilities and research facilities, each full of ventilation shafts, nooks and crannies for those shifty aliens to hide in, but large enough in scope to run away and cower in fear, safe in the knowledge that you may just have 'lost' them. 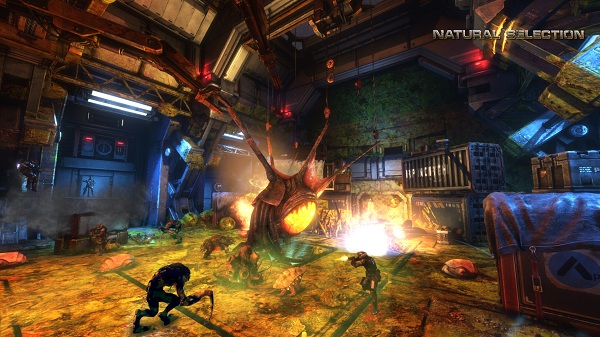 It's extremely essential to acknowledge that Natural Selection 2 is very much a team based game, and this is even more important when taking up the role of a marine, you can attempt to take on the limitless onslaught of the hulking Onos and shifting Fades like the best Call of Duty player, but you'll not last very long in the cold and dark vacuous corridors of space, and it's strength in numbers that will ensure your survival in the dangerous environments.

Thankfully unlike most multiplayer games these days Natural Selection is a team based game, and therefore levelling systems are of no use, so in order to keep matches fresh your character -be it a marine or a Khaara- will keep a personal resource pool, that gathers the longer you survive, and the more effective your commander is, allowing you to evolve your character literally in terms of Khaara, and kit yourself out with better guns as a marine. Both teams have their pinnacle of progression in the forms of the rampaging Onos for the Khaara, and the dual-minigun Exosuit for the Frontiersmen, both are devastatingly powerful but do not completely overpower a game, after all a good team can bring even the biggest of adversaries down.

What is possibly so refreshing about Natural Selection 2 is simply that the two sides that you can play as are so very different, you cannot bust out the same tactics as a Frontiersmen as a lowly Skulk, and whilst Marines work wholly on their tactical map, aliens have only their 'Hive Sight' that allows them to pinpoint marines under attack by other hive creatures for a mere 8 seconds, a devastatingly powerful ally. 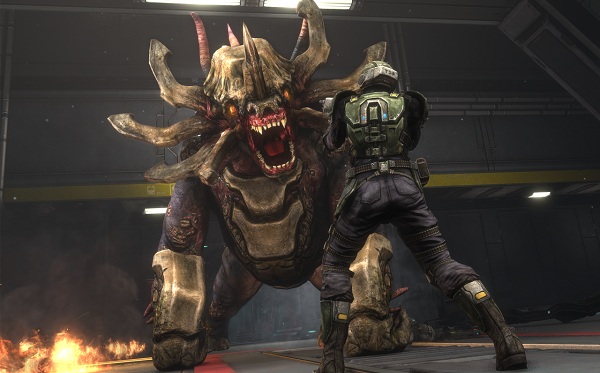 As the sequel to one of the most played mods for Half Life, unsurprisingly Natural Selection 2 is very openly modd-able, and a lot of the new features and improvements on the original are in fact based on mods that the community created before its release. Compatible with Steam Workshop there are over 400 mods already available ranging from guns, skins, maps and even gameplay mods like The Hidden.

Natural Selection 2 is the proof that a few fans can make all the difference, and it only takes one passionate developer to make a dream come true, it might just take a few more years than a normal game, but what Natural Selection 2 definitely does is stand up against any other team based game out there and smash it out of the ballpark!

Natural Selection 2 is available now on Steam for £18.99, whilst the game was produced from a rather small development team, and was originally released back in October, the servers are still going strong!