With mods like Day Z and Defense of the Ancients garnering critical acclaim as 'simple' mods is nothing new in the field of PC gaming, in fact so many massive games have grown from the humble mod and have done for years, and one very popular mod from the original Half-Life days is getting a reimagining making 2012 a very exciting time for half life fans, although the real question is, are you a marine or an alien?

Natural Selection 2 has been lovingly developed for a few years now and what originally began as a source mod, has grown into a full game with its own propriety engine, that is completely open for modding thanks to the sheer evolution that was only possible with such a dedicated community. Now we aren't just talking a map editor either; on release of the game Natural Selection 2 will be bundled with a level editor, model viewer, cinematic editor and the full support for creating your own weapons, gameplay modes and entirely new games with their simple Lua scripting. 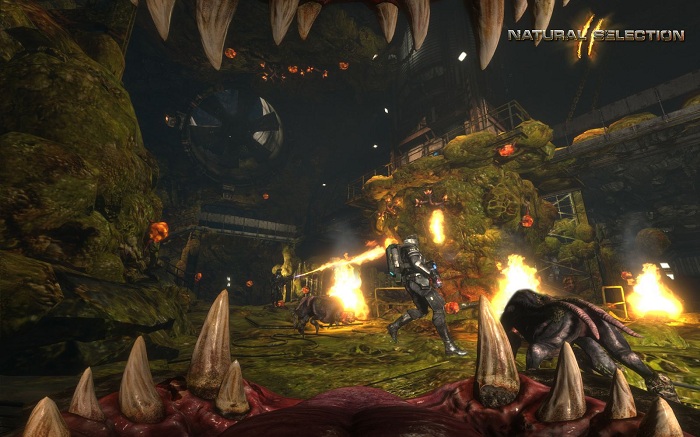 If you were a fan of Natural Selection 10 years ago, the game needs no explanation, and we're pretty safe to say that if you enjoyed it back in its day, then you are going to love Natural Selection 2. However, many like myself may not have been fortunate enough to play the free multiplayer FPS mod, that pitted the Frontiersman with the alien Kharaa with the unique mechanic of an RTS commander thrown into the mix.

Now the aim of the game is to knock out all of your opponents command points and base before they do the same to you, it sounds like a pretty standard Control Point style base capture, however on top of capturing points with your players, a sole commander can fortify your bases with static towers, research and upgrade your classes, as well as provide intel on weakened areas that urgently require reinforcement. 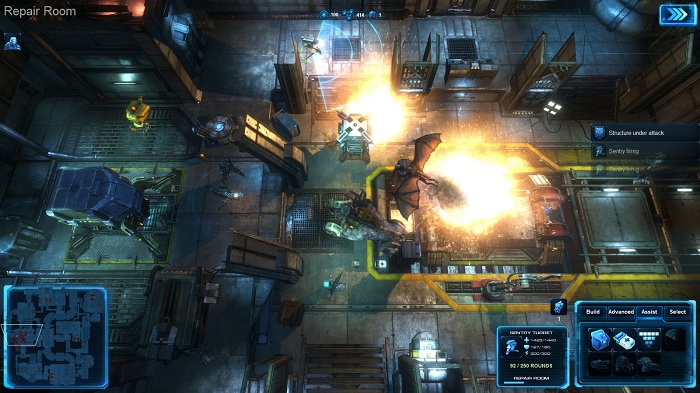 What is great about Natural Selection 2 however, is that the combination of first person shooter and real time strategy actually works as good as it sounds in theory, and with a competent commander in charge the game can become an intricate tactical fps rather than a debacle of confused marines, get lumped with an airhead who doesn't know how to upgrade your abilities and skills then you'll find yourself in a bit of hot water unless you veto them out of the commanders chair, however then comes the pressing issue of who can make it to the base to assume control first.

We grow a little tired of the standard space marine style USCM issue soldier so we jumped at the chance of trying out the dreaded Kharaa at Rezzed and got to give their full roster a spin, including the colossal Onos that'll literally send marines running. The Kharaa are a particularly varied alien race, and contain five different classes ranging from the standard cannon fodder; the Skulk, to the support; the Gorge, and even a flying and assassin class, and whilst charging into a cafeteria full of marines with an Onos was inherently fun, the really interesting elements come into play when you take on the role of the commander. 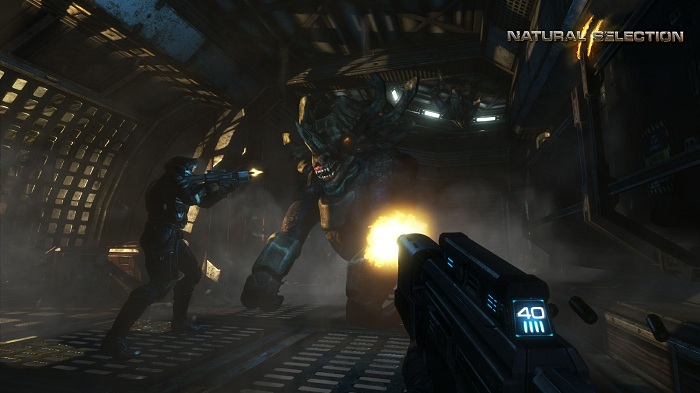 It goes without saying that we're big strategy fans at Gamercast, and the commander role does not simply require you to upgrade this, build that and point here, and it includes a plethora of structures all with their own unique abilities. The Kharaa are a very organic alien race, so in order to place structures on the cold metallic human bases you need to infest inorganic constructions with alien cultures much like Starcraft, all of this is made possible with resource points that are accrued through limited resource gathering structures across the map that may be claimed by whoever owns that stake of the area.

When you've enough resources you can place the likes of stationary whipping tentacles, or our personal favourite; shifts and shades. Now the shifts and shades are where the game really comes into its own, these two structures make the aliens the masters of trickery, and thanks to the shift you can create echoes of structures such as whipping tentacles allowing you to duplicate them, or the shade that allows you to create realistic apparitions of Kharaa units; how about 4 rampaging Onos? They are sure to put the fear of god into the lone marine just about the round the corner. 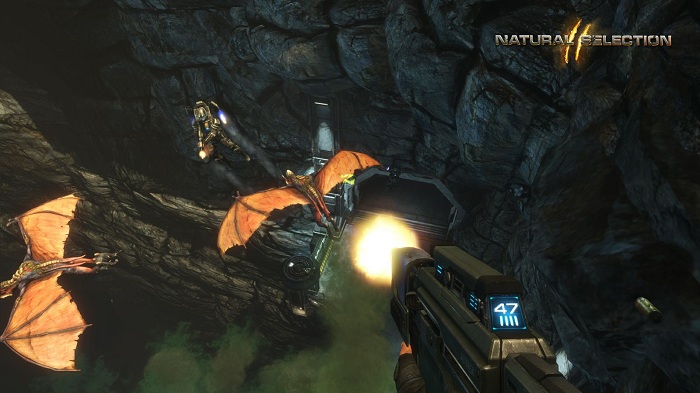 You couldn't get us off of Natural Selection 2 at Rezzed, well they did after insisting we leave the centre, suffice to say it's looking absolutely fabulous, with all of the additions the sequel is receiving, fans of the original will be absolutely chuffed, it'll be just like how they remember playing it ten years ago, but oh so much better.

Natural Selection 2 is currently in its beta stages, and you can now currently pre-order the game with immediate access to it and the full version when it is finished.