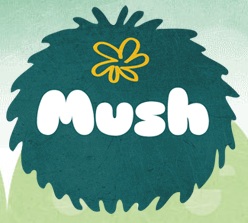 Sadly most Windows Phone games appear on the marketplace without prior notice, however one game we've been keeping our eyes on since it was created is Mush. Plus since it's original creation Mush has won multiple awards, including a BAFTA, which must mean we're in for a great little game.

Mush is an up and coming game exclusive to Windows Phone that utilises the accelerometer more than most previous games. Not only does it have solid controls, the look and feel of the game will remind you of the charm that full-blown handheld games contain as opposed to some random mobile game. Plus it's a great example of the creativity that you can find from students who are passionate about creating games that stand out.


Mush has you drawing smiley faces, shaking the phone, turning it upside down and many other things to change Mush's mood. These moods have had 12 different worlds crafted around them to give you a fun and engaging experience. You may notice not only does it seem unique while playing it, that it has a cute and quirky art style making it stand out among all the other Xbox Live games on Windows Phone.

"Mush has been a big part of our lives for the past two years, and we've enjoyed every minute of it. We've had a fantastic time making it, and seeing the joy people get from playing. We really look forward to putting it out there and finding out what the players think - hopefully they'll love it!"

Mush is due for release on July 4th exclusively on Windows Phone, sadly no price has been confirmed yet but hopefully that doesn't matter when you have the chance to buy such a creative and adorable game. I had a chance to play it briefly at E3 and really enjoyed it, it's nice to play something refreshingly flat in a market where people want to excel in 3D.