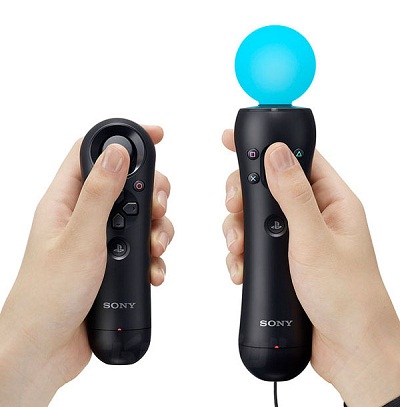 Sony recently unveiled plans of what they hope will create a new gaming experience "unlike anything on the market". The Playstation Move System is Sony’s stab at the motion controlled market, it’s somewhere between the Wii’s motion system and Microsoft’s NATAL, details at the moment are slightly sketchy as to how it will differ, however Sony did have this to say in regards to Move;

"Through the PlayStation Move system, both fast and subtle motion can be detected, whether the user is swinging a tennis racket or painting with a brush. The system can even capture the player’s voice or image, enabling augmented reality experiences."

Alongside the Move Controller itself, which looks similarly reminiscent of the Wii Remote, players will also need a sub-controller (somewhat like the nunchuck) and a Playstation Eye to use the new system to its full potential.

Sony have promised that players will accomplish complete immersion with the games played, as the system will not only detect movement, angles and positions, it will contain a high degree of accuracy through its advanced motion sensors alongside tracking with the Playstation Eye.

Over 30 developers have already confirmed that they will be building games for the Move system; however no price details have been confirmed, although it is set to go on sale in the autumn.