Focus Home Interactive and Games Workshop's relationship has blossomed into yet another brilliant announcement, that will see the first video game adaptation of Games Workshop's cult classic Mordheim; if the name doesn't sound very familiar, think Necromunda but fantasy!

Developers Rogue Factor will be bringing Warhammer world's decimated Empire city; Mordheim into the digital world via a turn-based tactical game where you must lead warbands into bloody skirmishes, blending RPG elements, and fast paced tactical combat where only the strongest will survive, so a lot like the tabletop game. 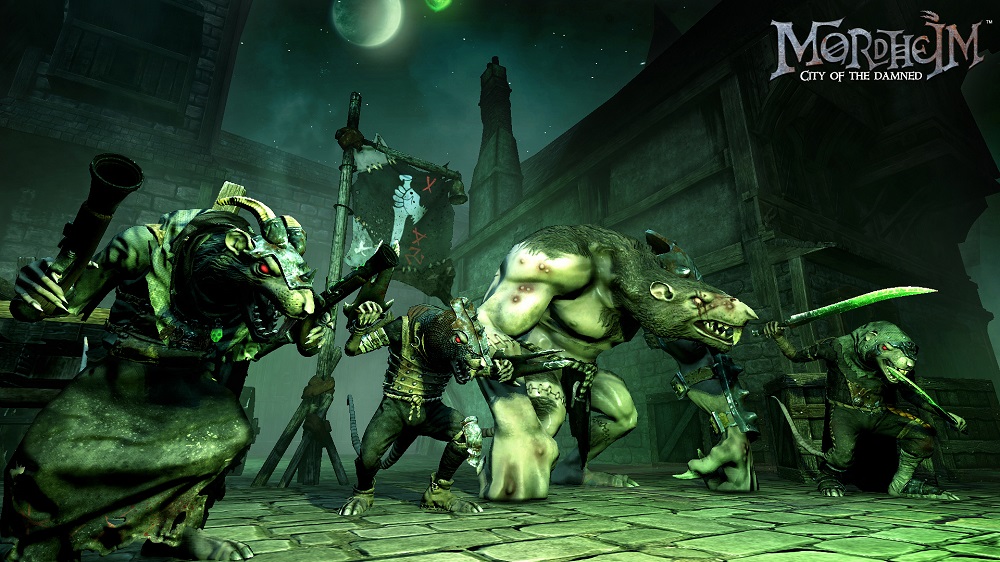 When the comet of Sigmar crashed onto Mordheim, the city turned into a terrifying battlefield where rival warbands fight for control of key neighbourhoods in search of glory and fortune as they attempt to acquire the valuable Wyrdstone fragments. You will be able to pick from warband factions such as; Sisters of Sigmar, Possessed, Skaven, Mercenaries from the Empire and more as you recruit new units, equip them with gear and transform them as you successfully complete missions.

It's not quite as easy as it sounds though, if you do fail in battle you units could lose limbs or worse die, and a dead unit is lost forever so there's no room for itchy trigger fingers, battle strategies are key and unless you fully consider your environment and anticipate the actions of your adversaries you won't get very far in the city.

Featuring both a solo campaign and multiplayer modes players will have to remain vigilant in Mordheim: City of the Damned which is scheduled for a release during late 2014, now if they could just start work on Necromunda as well then pretty much all of the best 'specialist' games will be accounted for!