Microsoft's E3 conference marked the almost official start of E3, kicking off on Monday morning Microsoft knew they couldn't disappoint, and they did a great job. I've put together a brief set of highlights from the conference, although you can listen to our full lowdown on the podcast.

The conference started off with a live demo of Call of Duty: Modern Warfare 3. This took part in New York (sadly not in London) and set the precedent for what a consumer should expect for the newest game in the Call of Duty franchise.

For those that watched the trailer released a week or two ago showing off the different locations of Modern Warfare 3 you may have seen some clips of the player underwater in diving gear, as well as charging off in a boat on the sea while everything around you is under attack. Well that's Modern Warfare 3; from the demo everything was total non-stop action going from once high-tension piece to another. Enough scripted events to keep you busy for a life time should you want a fast-paced thrill ride which only on a few occasions gives you a pause to rest. 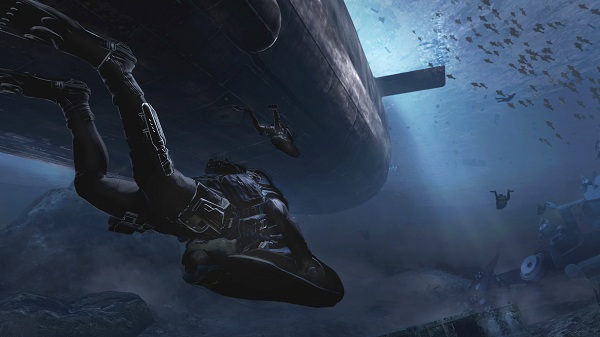 That aside New York on fire looks amazing and they've captured a war perfectly, as you would expect from the developers by now. Set for release on November 8th it's looking good. Plus the DLC will be available first on Xbox 360 so there's a nice perk for Microsoft fans.

One of the games that interested me most was checking out the latest iteration of the Tomb Raider franchise, and luckily they gave a short demo of what's to come. Lara is noticeably younger and isn't as largely breasted as some may have been used to. She's 21, all alone and completely lost on an unknown island that she’s woken up on.

The demo showed off their new survival instincts mode, which works similar to a hint system from a point and click adventure. Highlighting nearby objects that are of use to you, should you not be very good with puzzles, or perhaps if they're really tricky to figure out. This is of course an optional feature, so should you want no help at all don’t use the button. 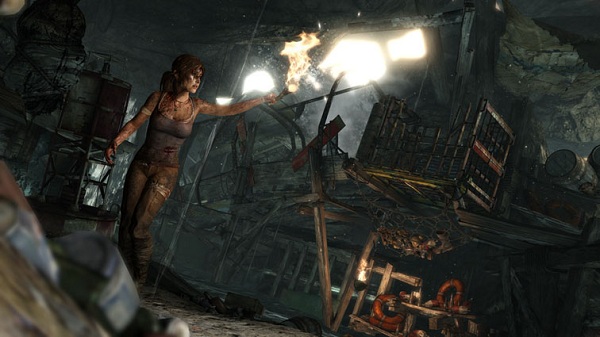 Lara is obviously not Keeley Hawes anymore, but that's fine as the lady they've got in for Lara sounds alright, and as a nice touch to add to the feeling of isolation, Lara's constant narration on what she should do or what she's thinking. This may of course get annoying should she constantly talk but it seemed like a nice addition to the game, as Lara hasn't spoken a huge amount before.

As promised by Crystal Dynamics there is less of an emphasis on the combat involving humans and it's more focused around the environment. As Lara is only young and not a killing machine like she has been in previous games. In the demo there's a lot of QTEs used to escape from the enemies and then running through the environment quickly to escape a collapsing cave which felt similar like the chase pieces in L.A. Noire.

Being a big fan of Tomb Raider as some readers may know I can't wait to give it a play myself, the game is looking great and is set for a release during the fall of 2012.

EA and Ubisoft's announcements for Kinect
What Lionhead, Tim Schafer and Harmonix have to offer for Kinect