The Metroid series has been around since the mid 80s, originally designed by Makoto Kano of Kid Icarus fame, Metroid follows the story of a bounty hunter known as Samus Aran-Samus known to this day as being one of the earliest female protagonists in video games-has managed to find herself in over 10 games across a variety of consoles. This new title has been developed by Project M, who consist of staff from Nintendo and Team Ninja along with D-Rockets who produced the pre-rendered cutscenes.

Metroid: Other M takes place between Super Metroid (SNES) and Metroid Fusion (GBA), the game starts at the end of the final battle with Mother Brain in Super Metroid, almost straight after leaving Zebes while it's exploding Samus receives a distress signal from a dormant Bottle Ship, upon investigating this Samus bumps into Anthony Higgs, a previous colleague in the GF military and Adam Malkovich her ex-commanding officer, which was all explained in much detail in the cutscenes in the demo. After winning over her ex-commander she then joins them on their mission, and they split up exploring the ship, which is then pretty much where the demo ended.

In Metroid: Other M there is a large emphasis on seeing Samus' face, or at least I felt this when playing the demo, of course this isn't apparent while engaged in the gameplay, but in most cutscenes it was hard to miss Samus and her pretty face, however being the face of the game, you can't not expect to see her helmet-less through-out the game a few times. 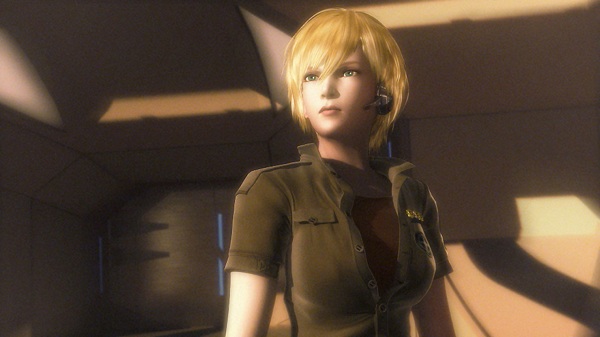 The last five titles that were released with the Metroid name (excluding pinball) were first person shooters, and Other M has gone back to the roots of the originals by adding in platform-based controls to the game, placing the main portions of the game into this aspect. Third person mode is played with the controller on its side, allowing you to run, jump, shoot with her arm canon and turn into a morph balls, however my one favourite part of third person mode is the take-down moves that had to be performed on certain enemies, this featured a few seconds of action out of player control which made the move very rewarding each time it was performed.

First person mode is played with the Wii remote upright and is based solely around aiming, locking onto enemies and firing missiles, I felt that the first person mode of the game was the weakest part of the demo, I even found myself trying to play in third person as much as possible, only to be told by a Nintendo rep I had to go into first person for certain parts of the demo. Prior to play Other M the last Wii games I had played didn't using aiming with the remote so I was a little rusty, which would explain why I was quite rubbish at it. I imagine like most alien feeling camera systems, that you'd get used to it after playing with it more, and without people watching you play over your shoulder waiting to have a play themselves. 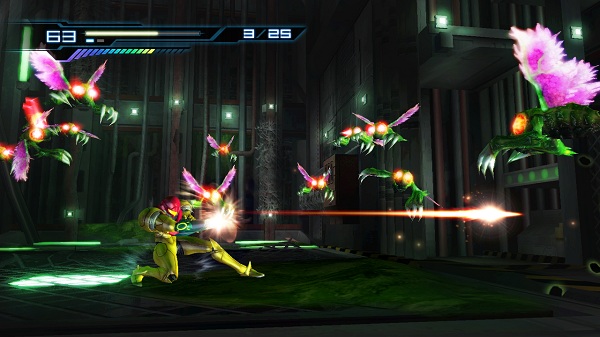 I must say Metroid: Other M was the longest demo I played out of all the games on show, the Nintendo rep who was watching me play congratulated me on actually finishing the demo as most people gave up after a while. Although it felt at times it dragged on slightly which was mainly down to watching a large amount of cutscenes. I do love a good cutscene however in a demo it feels I should be playing the game more and watching cutscenes in the full game. Either way the game was very engaging had great audio and the story captivated me until the very last second. Originally I was going to pass on Metroid: Other M, but I must say I was very happy to have played it, and I will definitely picking up a copy of the game on release.

Metroid: Other M is released exclusively on the Nintendo Wii on the 3rd of September 2010 in Europe, and we cannot wait to fill in the gaps between Super Metroid and Metroid Fusion.