We have made the return to Aventuria once more, and to be fair, if I had it my way I'd never leave, you've never heard of the place? It's part of the universe of The Dark Eye, a hugely popular European pen and paper RPG, it marked the location of Daedalic Entertainment's first adventure into the traditional roleplaying universe in The Chains of Satinav, a beautifully hand drawn fantasy complete with a menacing evil, and bittersweet end. However we're not here to talk about Chains of Satinav, although we do really recommend you check it out, but be forewarned we will be dropping some spoilers on its story.

Daedalic Entertainment's newest adventure in the world of The Dark Eye is Memoria, and whilst not officially a sequel, it follows our unlikely hero Geron the bird catcher on his search to find a magician who can return Nuridarinellavanda; his innocent fairy companion, back to her original form. With the help of Jacomo the Fairy Scholar he tracks down Fahi; a mysterious travelling merchant which is where our tale begins. Fahi claims to have the power to change Nuri back, and as a merchant you might think he would request money in exchange, however he wants something very different in return; the solution to a riddle. 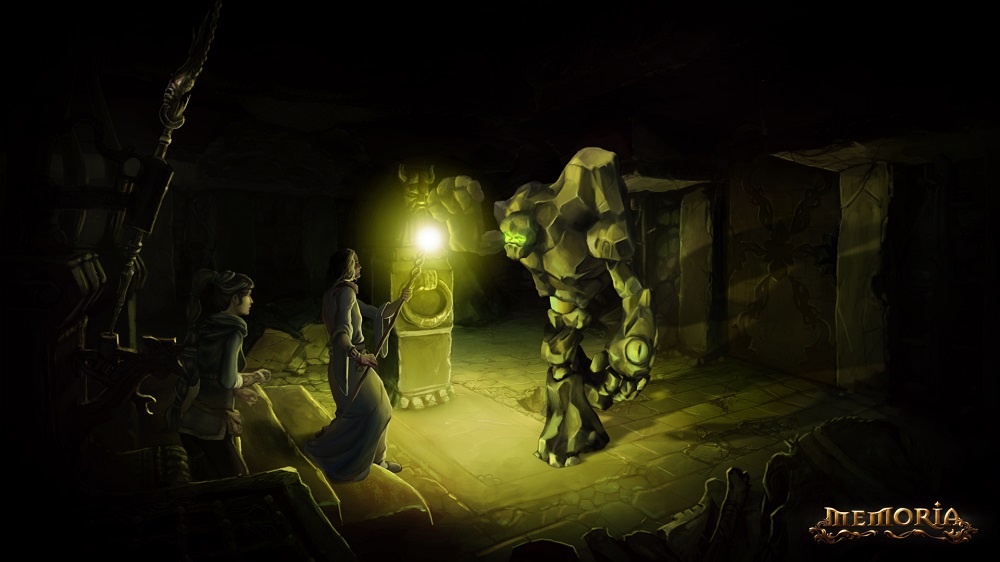 You see Fahi and his daughter have been haunted by the same dream for many nights, a dream that he very eagerly indulges you in; the lost adventure of Sadja al'kebir, the last princess of the Fasar, whom we watched in on in our presentation at E3 last month.

She may be a princess but she is by no means your typical damsel in distress; Sadja's goal is to be the greatest hero of all time, by travelling to the Gorian desert with the Mask of Malakkar to fight against a demonic army. All of this is in the hope that in the future people will tell tales of her great journey, and that her name will live on for thousands of years, unfortunately for the Princess we already know that in 500 years time she is completely unheard of.

Sadja's forgotten tale is not carried out unaided, and during your time playing out her story you will be accompanied by a magical Staff who can bring great stone golems to life, and create light wherever humanly possible, his spells create some extremely inventive puzzles, but alas you are simply playing out a story as Sadja and her staff. When the harsh realities of life kick in you'll be back to playing as Geron with his destruct/repair parlor trick of a spell, this hasn't been forgotten about however, and features frequently in what we've played of the game. 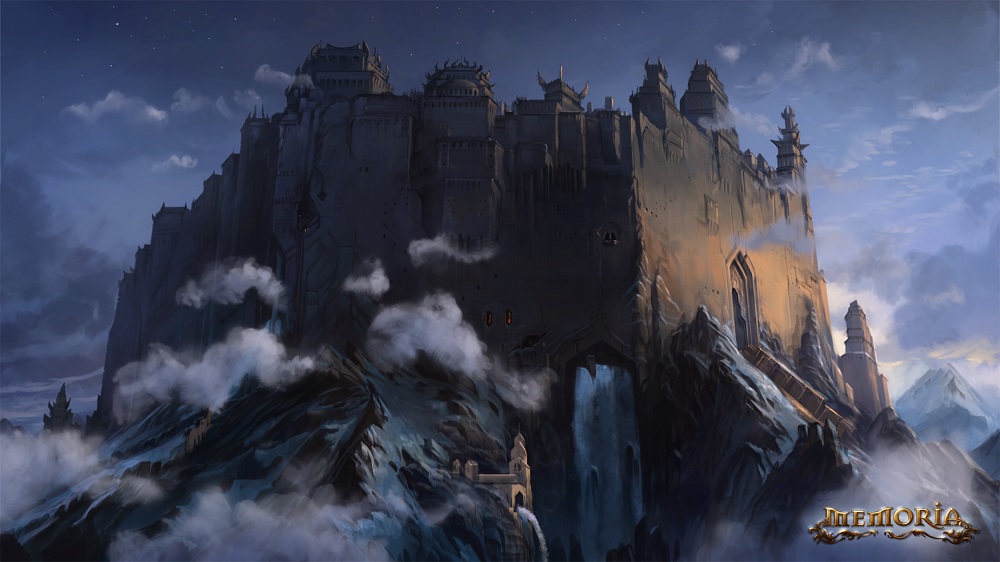 On the subject of Geron, things aren't looking particularly good for the Hero of Andergast, and looking out for Nuri in her bird-state it's apparent that she isn't coping too well in her new form, and as it turns out, if she stays as a raven much longer she'll forget who she is, what she's accomplished and the life she had with Geron, so it's not the best of news when you find that the mysterious Fahi has disappeared.

Followers of the Dark Eye will spot the odd nod to characters and locations just as in Chains of Satinav, however in Memoria fans of Daedalic's catalogue will be also be given a nice allusion to one of the studios' more recent story's The Night of the Rabbit, and it isn't simply an oddly placed object, Geron will be given de Hoto's 'Hare's Eye', a magical coin that allows you to see remnants of magic and is used for a very important puzzle in search of Fahi.

Its hard to believe that Daedalic's first beautifully hand drawn adventure was The Whispered World, released only three years ago, and since then their games have grown increasingly in scope, and look, and Memoria's enchanted forests, dark cavernous chambers and the dirty tanners quarter of Andergast are even more stunning than before, everywhere is bursting with colour, character and full of small secondary animations that build up the magical environment that your journey takes place in.

As if it's possible Memoria is looking to be even more a fairy-tale adventure than Geron and Nuri's previous outing, and although we didn't get to play all of the game, we can promise you that a very exciting story awaits you full of magic, and mystery.

Memoria is scheduled for a release August 30th on all major digital distribution platforms.