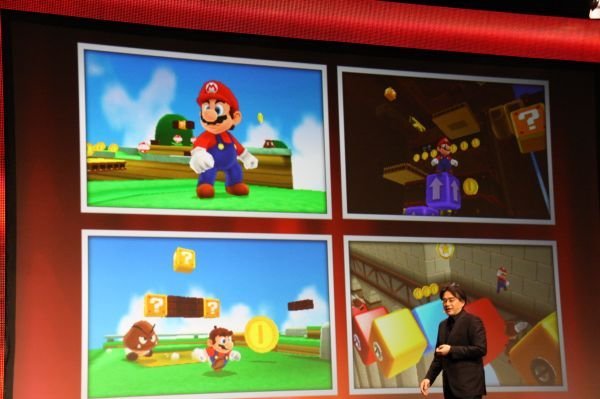 A new Super Mario game for the Nintendo 3DS has been teased and announced by Nintendo president Satoru Iwata at GDC 2011.

Although details remain scarce, Iwata confirmed during his GDC keynote speech that the same development studio responsible for the Super Mario Galaxy series is also behind this latest handheld release.

According to Nintendo: "The announced 3D Super Mario game will feature traditional Mario game play and will fulfill the dream of Nintendo video game designer (and Mario creator) Shigeru Miyamoto to bring true depth and distance into the game's mechanics."

The game's official logo hints at the return of the tanooki suit from Super Mario Bros 3, and the screenshots revealed to date, suggest that mushrooms able to increase Mario's size may also be making their first 3D appearance.

It's always great news when a brand new Mario is on the way, and for those wanting more information you will have to wait until E3.