As many of may know already, the Collector’s Edition of Mafia II announced back in May included within it a host of physical and digital content, and of course the exclusive DLC packs were announced for it just a few days ago.

Well just encase you thought that you didn’t have enough Mafioso-goodness, there are a number of pre-order DLC offers going on throughout retailers in the UK. With 4 different choices of DLC you’ll be spoilt for choice on where to purchase your copy of the game!

GAME are offering a Greaser downloadable content pack, which is all about speed. Complete with two new hot—rod speedsters you’ll be outrunning the police every time, together with the cars you will also get two new suits for Vito, one with leather jacket and heavy boots, the other a leather racing suit, perfect for your high-performance cars. 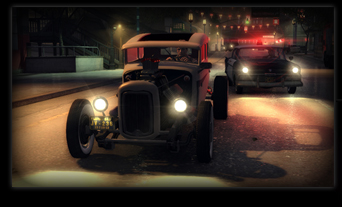 Zavvi.com are offering the Rengade downloadable content pack, giving you two new cars, one with the slick styling and tight handling of a small sports coupe and the other with the revved up engine of a 50s hot rod. You will also get an additional two new suits including leather and lettermen’s jackets to fit his renegade persona. 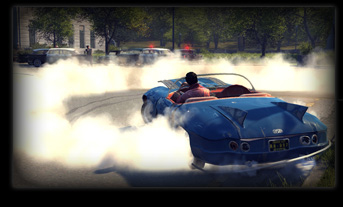 Amazon.co.uk are offering the Vegas downloadable content pack that will allow you to cruise through Empire Bay in two new cars with smooth handling and timeless lines, as well as two new suits inspired by the period. 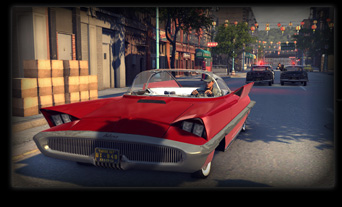 Finally HMV are offering the War Hero downloadable content pack, because the ‘40s wouldn’t be complete without a war hero! Vito will be given the option of two military style vehicles, both with impeccable handling in all weather conditions, as well as two new military inspired suits, including a full uniform and fatigues. 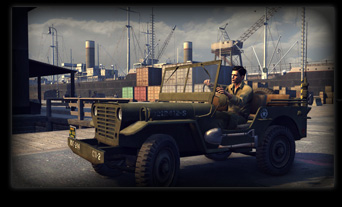 The only question now, is where will you be pre-ordering your copy from? The War Hero pack seems the most promising, but of course it is all a matter of tastes.

Mafia II is being developed by 2K Czech from the same team behind the award-winning Mafia, a demo for Mafia II will be available August 10th for Playstation 3, Xbox 360 and Windows before its release in the UK on August 27th.

2K Games Recently announced that Mafia II will have a downloadable demo available worldwide on August 10th for Playstation 3, Xbox 360 and Windows. The demo will invite gamers to dive into the ‘Buzzsaw’ level where Vito and his mob friends are sent to take out a mobster by the name of ‘The Fat Man’ the Buzzsaw demo takes place during the summer of the '50s, the considered ‘birth of cool’, so full of rock'n'roll, hot rods and rebellious attitudes. The demo will showcase the vibrant edge-of-your-seat-action, as well as a slice of the expansive city of Empire Bay.