The lights go down, the cutscene rolls, and suddenly we are transformed to the late 1950s with songs like the Book of Love and other pop classics blasting out on the radio, after a sharpish nose around Vito's house and a talk on the phone, you'll find three beautifully crafted cars from the era to complete your mission with, and once you've chose one it's off to your waypoint. You are introduced to the world of Empire Bay, the sights the sounds, as well as Vito your character and friends; made-man Henry and Joe that will aid you on your mission.

Your objective is a straightforward contract hit on a person known only as 'The Fat Man' with a mix of driving, shooting, a car chase and a showdown in a distillery players are shown a snippet of the action that they can expect in Mafia II. The combat in the game is fluid, and the effect of guns such as the shotgun is devastatingly satisfying and with destructible environments to boot the action can't get anymore exciting. The cover system like in most games works really efficiently, you wont find yourself getting annoyed as you get your character stuck behind a wall they cant shoot from, and thankfully it isn't ridiculously easy, so don’t expect to go in guns blazing as Rambo any time soon. The demo mission itself can easily be finished in the time you are given and gets you suitably yearning for more. 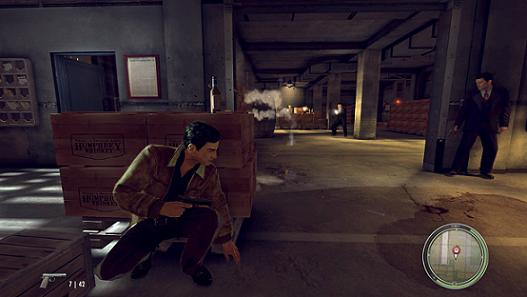 Of course the game isn't only about the action and violence, in our hands we have a living, breathing city, Empire Bay looks and feels nostalgically like Mafia's Lost Heaven, but is so much more beautiful and a heck of a lot more interactive, so don't just delete the demo when you've played out the mission, take 10 minutes to have a look around, buy a hotdog for $0.20, or sharpen up Vito's attire, heck you can go on a Grand Theft Auto spree if you want, and don't forget there are gas stations... although we are only given a small piece of Empire Bay, what we are given is astounding, and we can't wait to explore the rest of it. Oh and best of all, the speed limiter is back!

Everything down to the clothes people wear, the way they talk and the innocent manner in which the city lives and breathes is perfectly sculpted to give players a true immersive dive into 1950s America, the orchestral soundtrack is as beautiful as it was in Mafia, and although you only get 10 minutes of play time in the demo, it is clear that once again 2K Czech, formerly Illusion Studios have crafted a masterpiece. 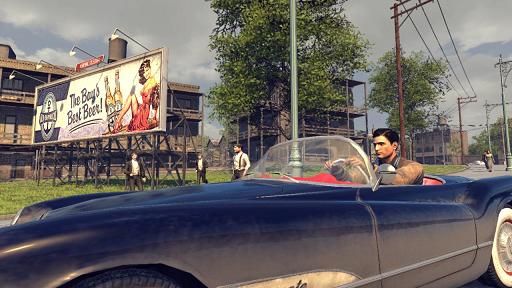 Mafia II is out for the Xbox 360 and Playstation 3 and Windows on August 24th for those lucky Americans, however we'll have to wait til August 27th for our release, but who cares about a couple of days when you can spend the next 10 minutes in pure 50s Americana bliss.