This weekend just gone marked the glorious affair that is the London MCM Expo, marking the 19th exhibitition for gaming, anime, comics and science fiction in the heart of London. With an impressive line-up of games backed by Gamespot UK, and a menagrie of stalls, record numbers flocked to the Excel Centre, marking the largest turnout yet. As always, we had a good look at all the cosplay about, got in a bit of grazing on the multitude of stalls and played a healthy amount of games from the likes of Tecmo Koei, Nintendo, Ubisoft, Atari, Capcom and THQ.

The first thing we always keep an eye on at the Expo is the cosplay, and whilst not too many caught our camera’s eye, we saw some very impressive fares; a fantastic Kratos was walking around, as well as the usual Team Fortress groups, Fallout vault dwellers and Solid Snakes, here’s some of the best we came across. 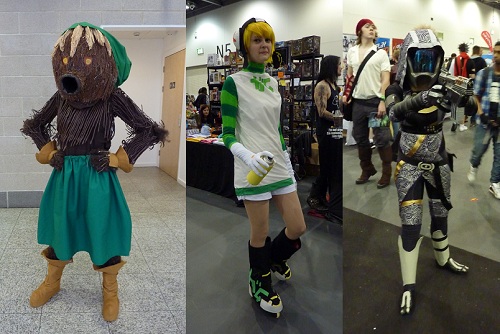 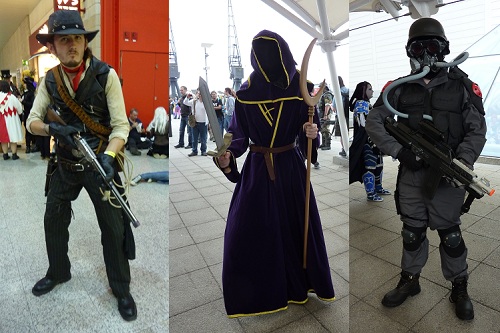 A lot of cosplay is usually most impressive on their lonesomes, after-all, two Faith’s are not better than one, however there was one cosplay group in particular that caught our eye. 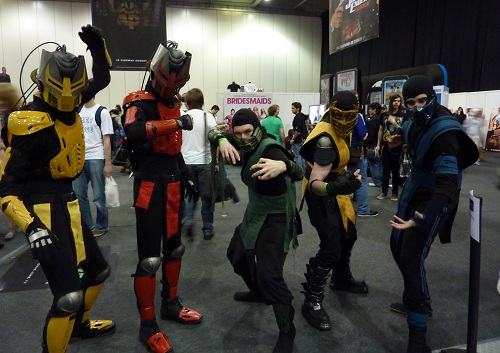 This fantastic Mortal Kombat group were absolutely stunning, and their costumes were so great you wonder if they were under contract from Warner Brothers, they did some awesome fighting poses, and were the best of the thousands of people that graced the hallways of the huge Excel centre, did you see anyone better?

Whilst we were oodling the hundreds of cosplayers we were paying our full attention to a selection of the games on show, thanks to the Gamespot Booth the show had some very impressive games on show, all with releases very shortly. Most impressive of all was the fantastic Child of Eden that is out June 16th.

Child of Eden is more than a game, you don't play it, it is an experience; you become part of the music, and not before long everything else is mere background noise, we gave it a good play on two of the levels, and whilst it is difficult to pick up at the start, before long you're tracking enemies, shooting and tapping along with the rhythm. 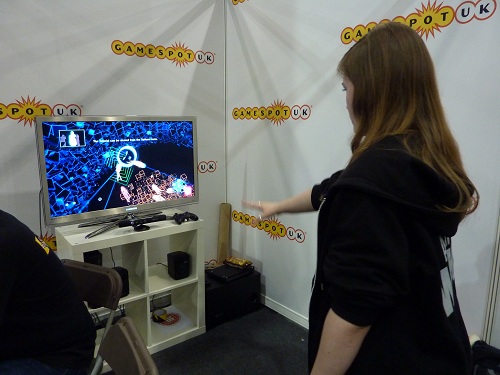 If you have Xbox Kinect, and were looking for a new game, don't go buying anything just yet, wait for Child of Eden on June 16th and prepare to be wowed.

Gamespot also had a lone pod of Shadows of the Damned; possibly the game of the show, in fact, it's so fantastic expect to see a post about it on Gamercast soon, until then, wait in anticipation to find out why you needn't care about what the trailers show you, but just go with it!

The Gamespot booth also had a collection of Bespoke Arcades who manufacture arcade machines in the UK, these aren't your dedicated Centipede's and Asteroids, these monsters are high-end computers built into the loving shape of an arcade machine capable of playing any title that you loved to sink your money into at the pier. We had a go at Gauntlet II, and then remembered why we hated it so much — its not a bad game, its just trial and error in terms of gameplay.

The London MCM Expo is not the same without the Nintendo Unleashed tour, and Nintendo did not disappoint when they gave visitors the opportunity to play The Legend of Zelda: Ocarina of Time 3D which is also due out June 16th. The queues were tremendous for the little handheld title, but everyone knew that they had to give one of the best games of all time a second play in glorious 3D. 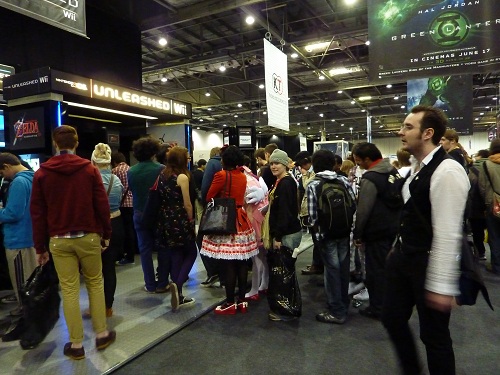 So, whilst some may poo-poo the Nintendo 3DS, we at Gamercast embrace it, and along with the graphical upgrades that have taken place in the game, we couldn't keep ourselves away from it! The cartridge allowed you to play from three points; Kokiri Forest, The Deku Tree, and against Queen Gohma herself. The re-touch that the game has been given is fantastic, and the vines on the walls down to Link's face have all been noticeably improved. Finally you can look back on Ocarina of Time, and know that you were not reminiscing through rose-tinted glasses!

We also checked out the recently announced revamp of the spectacular Warlords, again we were similarly impressed with this, and you can expect to hear our thoughts about it soon.

Well, that marks the end of another great London MCM Expo, expect a return to the Excel centre for the 28th-30th October 2011, so we can get prepared for all the queues, free hugs, and crossdressing cosplay that we can handle.