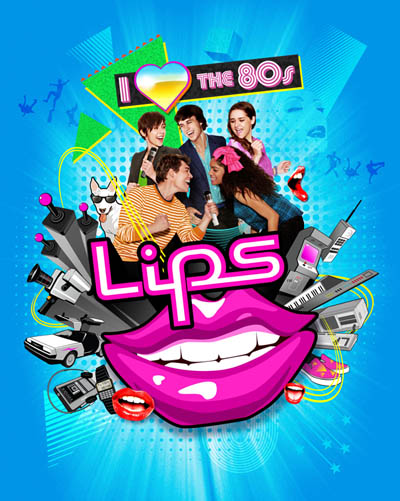 Microsoft Game Studios first published Lips back in 2008, with legendary rhythm action developer iNiS who brought us the likes of Ouendan and Gitaroo Man. It is now almost a year and a half year later and the fourth Lips title is due for release on April 2nd 2010.

After releasing Number One Hits and Party Classics Lips fans are now being presented with Lips I love the 80s, for all those 80s fans out there. Which may be most gamers out there, especially as GTA Vice City helped bring out the 80s in all of us back in 2002.

I love the 80s is set to include 40 of the most memorable tracks including Spandau Ballet's Gold, David Bowie's Let's Dance and Kim Wilde's Kids in America.

Like previous titles it will be available as a standalone game, or bundled with an Xbox 360 wireless microphone.

For those raring to know what tracks are in this new instalment, we have included a list below.

All of us at Gamercast are looking forward to some heavily 80s fuelled singing, especially some Power of Love!

Please enjoy the trailer below.