Lionheart: King’s Crusade is a new real time strategy with a twist from the developers at Neocore Games, at heart it is very much like the popular Total War Series, but with a role-playing level-up system on the side. Set during the Third Crusade (1189-1192) you have the option of playing the Crusaders, or the lesser played Saracens and lead either to victory.

Rather than capture complete historic accuracy, Lionheart: King’s Crusade allows you to fight fate and change history as we know it with the Saracen campaign, and so rather than historically accurate titles like Age of Empires that staged a beautiful campaign of the Saracen, Lionheart: King's Crusade allows you to go up against the historical truths and defeat the unjust Crusaders.

The best part of Lionheart: King’s Crusade is the very obvious differences between the two warring campaigns, rather than have each army almost identically set up there are some unique systems present in Lionheart all focused around the way that the armies function. The most likely differences are those between the units, each fairly representing the strength and morale that they would have held, however with the RPG element of Lionheart you can fight against all stereotypes if you wish, and create extremely strong archers that will fare well against any unit. 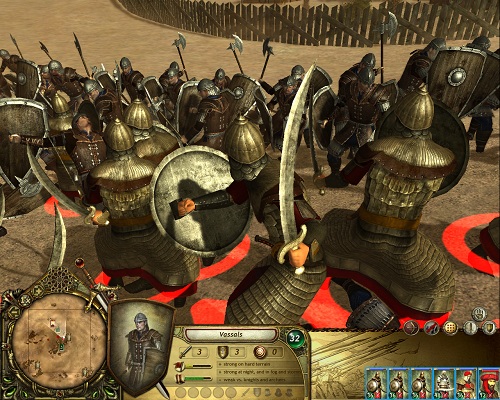 This is the most appealing and engaging feature that was put into Lionheart, rather than just losing units and caring very little about them, Lionheart places importance in each and every unit, you will watch as they gain experience from battle, levelling up if they have performed particularly well, and picking up traits from the way that they fight. From this you will steadily find yourself attached to something as lowly as your Seljuk Archers simply because they have managed to stick by you for the whole campaign.

Lionheart gives each unit its own specific traits allowing them to perform better in certain situations much like a turn based strategy title, for instance one type of unit may fight extremely well in the day, and another in the depth of the forests. With the RPG levelling system each unit can be upgraded through standard abilities such as attack, defence, morale, stamina and archery, as you come to realise which units you prefer you will find yourself using more of them in your army, and relying on them in the heat of battle and until you know it you have an army of 'super soldiers'.

Whilst off in battle with your opposing side you will also pick up items that your units will be able to equip, such as better armour, better weapons and potions to aid during battle, you will also come across unique faith items that your leader will be able to equip to increase the faith of your religiously devout army. Another great feature of Lionheart is that you can buy your units one-shot upgrades of strength and defence, healers, captains and imams/priests. These unique additions are essential in creating a unit that will stick by you for the whole game, and as you near the end of the campaign you will find that your army is practically flawless. 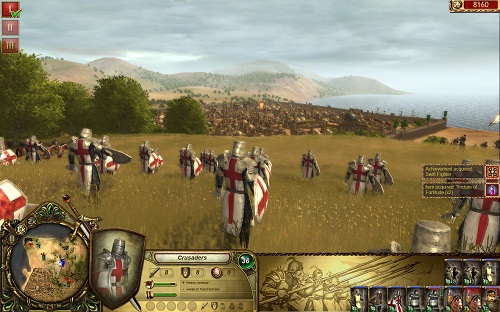 Lionheart: King’s Crusade runs from a base map screen, much like the Total War Series where you are able to recruit, upgrade and rest your army, this is where you will level-up your units and leaders, as well as research developments, and choose what items you would like to equip. From here you choose which battles you wish to take part in next, and the map generally acts as an important port of call in between missions. The only issue I found with the campaign is that much like the Total War series you are only able to save your progress on the base map screen and must wait to win battles in order to save your advancement in the Holy Land.

The main bulk of the game is made up of the two campaigns; the Saracen and the Crusaders, unique to the Crusader campaign is the principal of Factions, which you will ally with throughout the game. You will find that specific factions of the army will have their own agendas, as well as conflicting interests. The most interesting use of the four Factions can be found before the start of each battle, where certain Factions will propose specified plans of action on battles, and you are given the option to side with whichever Faction you see fit, each decision will increase your standing with said Faction as well as lead to different victory conditions and bonuses from the end of battle. This is a very interesting twist to the more traditional tech tree that the Saracen have, and adds a dash of replay value in the promise that your choices will always result in a differing army.

The missions of the campaign are episodic and contain several different objectives that range from capturing cities, to protecting locations, the latter of which proving the most interesting; requiring you to lay traps and towers to defend your position against your opposing force. Before starting a battle you may also find that if you have enough money in the bank, you’ll occasionally be able to employ optional tactics to enhance your chance of victory, from spreading rumours on your enemy, to ensuring that the walls of buildings are not as strong as they should be, these last-minute tactics are great if you think your army is running a little low but haven’t the money to bulk it out. 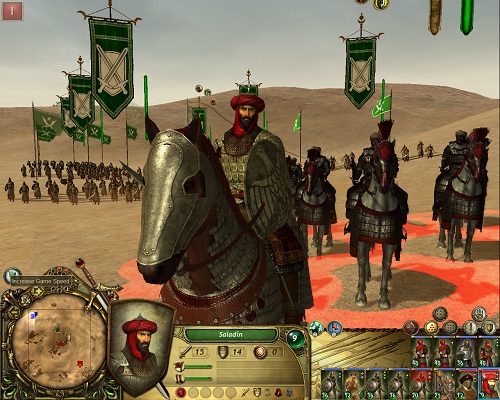 The fine line between winning a battle and losing in Lionheart will come down to the ever important level of morale, morale dictates whether or not your enemy will weaken as the battle is fought, or whether your own units will flee for fear of death, it is important in the respect of morale to realise that your units are not invincible, and it is not impossible to get your units so tired, that they will run away in fear, the use of morale adds greatly to the need of tactics in the game, and ensures that you always keep strategic plans in mind, rather than sending your units blind into a city full of the enemy.

Alongside the two campaigns, is the Scenario mode, which unlike the game suggests is actually more of a Skirmish mode, allowing you to start up quick games for instant satisfaction. Because this mode is skirmishing and does not include actual historic scenarios, you simply fight over land with little cause but to fight which is slightly unfortunate. It is also slightly time consuming to set up a scenario because there is no randomiser feature for the establishment of your enemy's units, meaning that once you have set up your army with intricate detail -such as levelling the units you hold dear- you are required to set up a second army if you wish for the fight to be worth your while.

If you are sick of playing on your own, there is thankfully a multiplayer mode to satisfy your strategic hunger, with only two different types of game Lionheart does run a little thin on the ground, however they take the brilliant attack and defence feature of the campaign into a multiplayer setting. The two game types present are Domination, that functions generally the same as the Scenario mode and victory goes to the player that captures the most victory locations, then there is Defender vs. Attacker where a limited amount of time is given to both players before the battle, allowing the attackers to position their troops, and for the defenders to fortify their location with tactical preparations like low walls, trebuchets, and even cutting down trees. 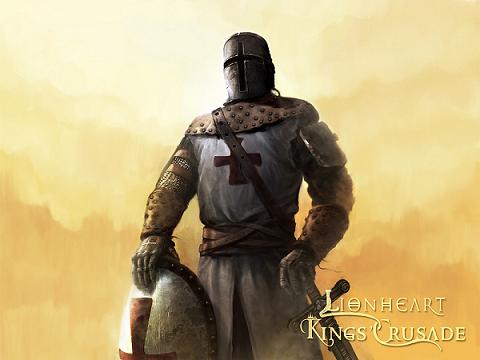 The variety in multiplayer is slightly poor, however the Defender vs. Attacker mode is great to test your defensive tactics, plus it's great fun watching your mate roll their army down a hill towards you, unknown to the hidden units at the borders of your location, waiting silently in preparation.

Rather than base building, battles in Lionheart function much like Total War and the army that you begin a battle with are absolute, making Lionheart slightly more Real-Time-Tactics and less Real-Time-Strategy, regardless it is an entertaining and engaging game whose RPG elements add a touch of addictiveness and heart to an otherwise normal strategy title.

Until October 17th the New Allies DLC will be available on all leading digital distribution platforms for free, adding Taqi al-Din Umar, and Arthur of Brittany, as well as the lesser historically accurate Joan d'Arc and Lancelot to fight for your causes. So it's free for the moment, so pick it up now, even if it is only to see exactly what Saracen from outer space look like!