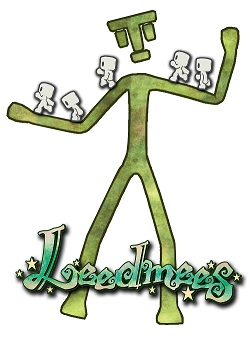 Leedmees is a bit of an unknown Kinect arcade title, hidden away at E3 and similarly at Gamescom, it came out almost without a soul really knowing about its existence, but I was extremely excited when I found out its release was imminent. Having only been announced at E3 with a slated release of sometime in the year it was hard to pin down exactly when it was going to come out. I just knew that with it being one of my favourite games of E3, that I couldn't wait for it to pop up on XBLA.

Well it's out now and I'm going to tell you why it's such a great little game, of course you do need a Kinect to play the game, so if you own one or are considering a purchase I recommend you read on. The development was overseen by Nagayo Orihara of Elebits fame. You may not have heard of her before, she's no big name like Hideo Kojima or Koji Igarashi but she's worked on some interesting titles at Konami, and Leedmees is definitely one of her most interesting. 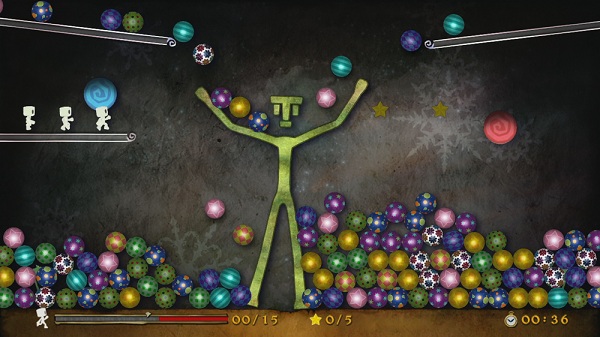 Leedmees is a fast reaction puzzle game in the style of Lemmings mixed with your average eye toy game, but it's much more enjoyable than that. Where the game lacks on variety of character types which Lemmings is of course full of, it makes up for in complexity of body movements. You won't be standing around making poses though, you'll be on your feet dashing from side to side of your living room with your arms carefully moving around. At least you won't be out of breath though, however you will find your arms getting tired after playing it for an hour or so as you will generally keep them up in the air for most of the time you're playing it.

Leedmees is set across two modes, single and two player, as expected from most games these days, however you won't feel like you’re playing a duplicate game via two player, as it creates a fun and slightly more challenging experience that works really well. The single player allows you to take part in over 30 challenges where you have to guide the Leedmees from their start point to the goal. Along the way you'll be faced with new obstacles, be it spikes, ghosts or even a level that constantly reverses movement, all trying their best to stop you from helping the Leedmees and causing them to die. 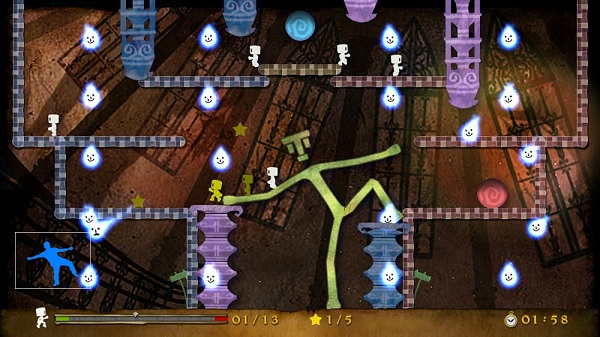 To add a little more challenge each level also contains a number of stars that the Leedmees can collect if they run into them, however they're placed at pinch points within levels that usually mean you collect the star or may kill a Leedmee while trying. Some are easier to get than others and it will give you a better score at the end of the level should you collect some, or all of the stars.

If you really want to have some fun then the two player mode is definitely for you, as long as you don't mind touching the person you're playing it with. So make sure you're quite friendly as otherwise it may be a little awkward. Similar to a few Kinect games out there already, there are different missions for single player and two player but as they aren't repeats of levels it adds a feeling of freshness to the game.

One issue with Kinect is of course the amount of space required to play a game, this can range dependent on the game. Although usually when two players are involved you do need a wide living room to ensure for no crossings of bones between players. Sadly Leedmees does require a little more space than your average game, even just for single player. But when two player are involved and there's limb grabbing you do need lots of space and nothing in the way, as you could cause an accident or two if you're not careful. 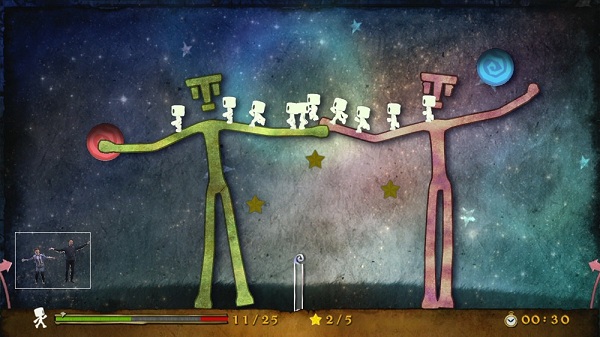 Leedmees may get looked over by some, but it's hard to ignore it when there are only a few Live Arcade titles out there that utilise Kinect, especially ones that look so polished. So when looking for something interesting to play, as long as you have a little room in your living room Leedmees is definitely something to try out. My main downside is that it could have been slightly longer and had a few more challenges, but other than that the game works really well, while keeping you on your feet and truly makes you feel like a monster when you accidentally kill a Leedmee.

Leedmees is exclusive to Xbox 360 and Kinect and can be bought off the Live Arcade for 800 MS Points. It is only playable with Kinect so don't go buying it if you don't have one! If you're still unsure of it though don't forget you can pick up a trial to give it a go before you part with your points.