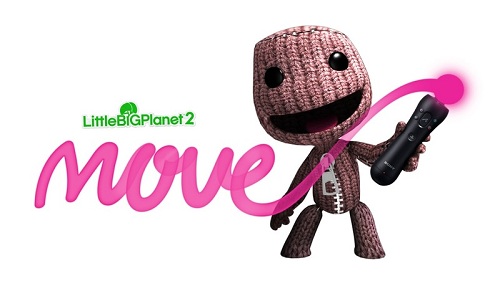 We absolutely love LittleBigPlanet at Gamercast, and scoped out the LittleBigPlanet 2: Move Pack whilst at E3 this year. After a few months, it has finally been released and contains a full story theme and some of the most imaginative gadgets and content to date.

Featuring the new story; The Rise of the Cakeling the ultimately quaint and unique humour of LittleBigPlanet comes through when a rogue cake from Victoria’s experiments threatens doom and destruction on a Sackbot village, once again you are tasked to restore peace to Craftworld with some brand new toys, including The Brain Crane.

Of course, the name of the pack is very important; in order to play the pack you will need a Playstation Move, however it really pays off with the fantastic creative tools at your disposal including the Movinator that allows you to create vehicles that are controlled via the Move controller, the Motion recorder that lets you record objects, and the all important Paint Tool that just allows your creative juices to flow.

With all of this and more the Move Pack is LittleBigPlanet’s biggest pack to date with five story levels, seven side levels and a whole lot of create tools, not only that but you’ll be able to play every level ever made in the game with the Move controller, including the main LittleBigPlanet 2 story.

The LittleBigPlanet 2: Move Pack is available now from the Playstation Network for a mere £6.29, which is dead cheap when you consider the amount of new content and features at your fingertips.