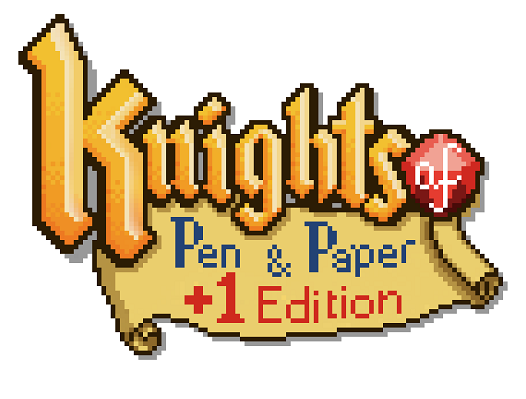 If there's one thing that's growing increasingly popular it's casual but addictive games that can be played while carrying out other duties like being sociable or while catching up on your favourite TV program. A lot of these games are generally found on mobile devices these days, meaning you'll drain your battery down and seem slightly anti-social as you'll be glued to your phone if you play among others. However the occasional few are released on pc, giving you a great multitasking game where you can browse the internet while also watching TV and of course playing a game.

Knights of Pen & Paper was originally released on iOS and Android devices back in 2012 and had a slightly small release, which baffles me as it's massively addictive and a great play on pen and paper based RPGs. Well a year later and Paradox Interactive have teamed up with the developers Behold Studios to bring it over to those who prefer playing on larger screens, for PC. 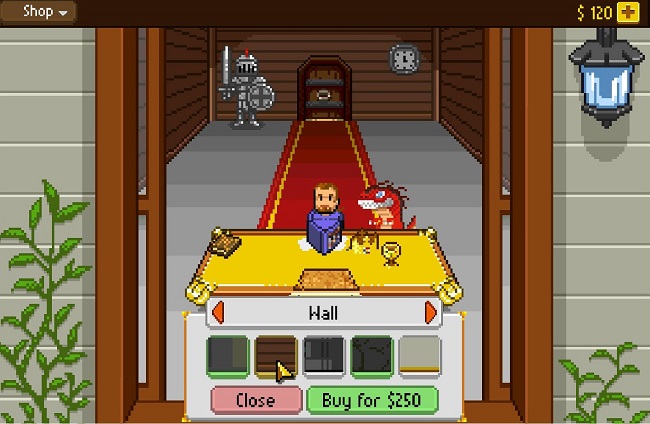 When starting a new game you get to choose your characters and their classes, each character has specialties so you need to figure out what works well together when making your selection. Also the dungeon master is always a member of your team, but only passively. However as you also control the dungeon master not only do you spend your time fighting monsters and completing quests, but you set the quests and how tough your battles are making it your own personal D&D style experience.

The gameplay itself is very simplistic and you can immediately tell it was created for touch screen devices. The controls are all based on clicking at certain places on the screen, throughout the game the main interactions are attacking and selecting through menus, but don't have that put you off. There are two methods to attacking, clicking the attack button at the bottom of the screen or you can click on the enemies themselves. Clicking on the enemy feels most natural although if you want to do anything other than attack. Like cast a spell or use a special ability you'll have to click on it from the menu at the bottom of the screen. Which when using a mouse and moving it between enemies and casting spells can make it feel like too much of a repetitive movement. 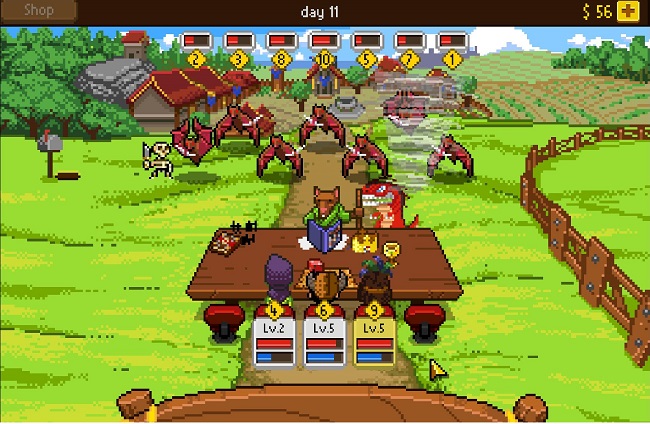 Although I thoroughly enjoyed playing the game, so much that I decided to pick it up on my iPod as well, one thing that did seem to let down the large pen and paper game influence was that there wasn't as much dice rolling as I would have imagined. Now I've never taken part in a full on D&D sessions before, so I wasn't too sure what to expect from the game. At first I imagined it would be very thorough, although I was a little disappointed from the small amount of dice rolling. Of course this is most probably down to making it more available and approachable for other players who aren't familiar with the kind of game. It would be nice however to have a hardcore version where everything is based on the roll of the die, from attacks on enemies to item drops.

For any previous players of Knights of Pen & Paper, Paradox Interactive are trying their best to see if there's a way to deliver the +1 edition to existing players but they couldn't fully confirm how this would work if it can. You can also expect some new features in the +1 edition, which include the addition of a new game plus where the game will increase in difficulty on completion. Along with three save slots for you to save to instead of one, fast travel to far off locations, new characters, new classes and new dungeons.

Visually you can't fault Knights of Pen & Paper +1 edition as the transition from mobile to PC has only improved the look from running on tiny low res mobile screens, to nice large sharp monitors. The characters, enemies, towns and other locations have been crafted in a classic pixel look akin to games of the 16-bit era and unless that's really not your thing you should find the enemies and characters charming and easily distinguishable from every other character.

In the game there is a currency of gold which can be used to buy potions, pay the blacksmith to make you some goods or even buy decorations for the table you're all sat at. Money can also buy you more bums on seats so it's not a surprise that there's microtransations involved for those that can't be bothered to make gold from playing the game. In most cases you can make the money through completing quests and battling enemies but if you really want your dungeon master to be the mighty Yoga or that lovely gold finish for your table you'll have to save up a large sum of money for them. However they aren't just there for decorative purposes as each item you buy from the shop grants you either a permanent or a temporary effect for your characters. 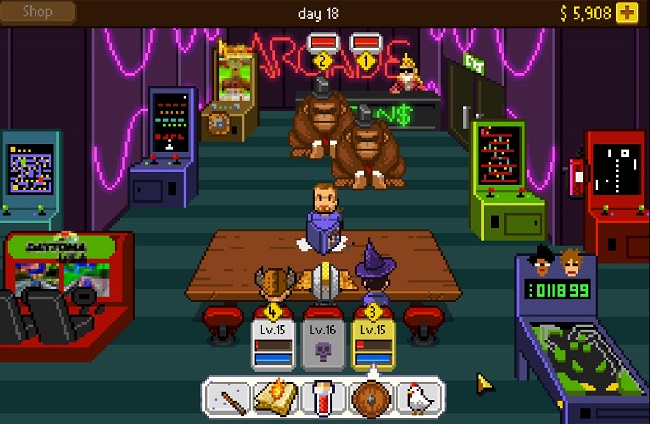 A really nice element of the game and massively appealing aspect of it to me in many ways is that it's riddled with references to current and some slightly past pop culture references. Which is something I admire in games that aren't trying to necessarily be deadly serious, from having an Extra Terrestrial on your team akin to ET all the way up to having the games master be switched to a rat like Splinter or of course notice a Tardis in the background. It's completely riddled with what for some are standard references and even if simple you get a good feeling for recognising what they've put in.

Knights of Pen & Paper +1 is due for release on Windows, Macintosh, Linux, iOS and Android fairly soon, however without a confirmed release date at the moment.